Turkish Defense Minister Says ''If Needed, Cyprus' 1974 Will Be Repeated'' 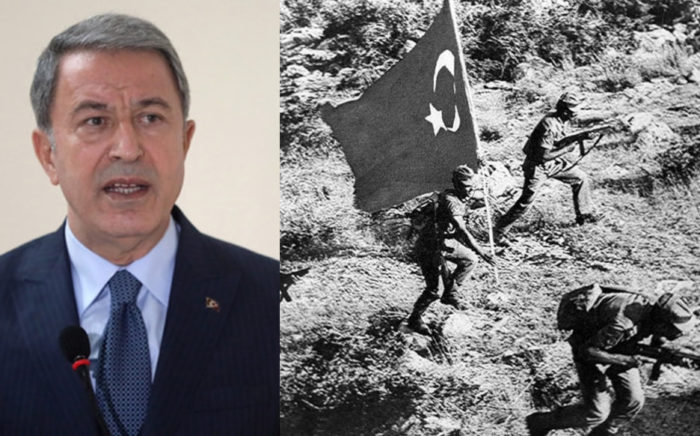 Turkish Defense Minister Hulusi Akar made a provocative statement threatening the sovereignty of the Republic of Cyprus while speaking at a ceremony for the promotion of senior military personnel in Turkey on Friday.
Speaking in front of the officers, Akar said that ”we are at the same position as we were in 1974 in Cyprus. Whatever had to be done that day could be done today as well,” adding that ”no one should doubt about it.”
The disturbing and threatening statement referred to Turkey’s incursion onto Cyprus in 1974, when it illegally invaded and occupied one third of the island.
Once again, Akar reiterated Turkey’s determination to safeguard what it claimed were its rights in the regions of the Eastern Mediterranean Sea, the Aegean Sea and on the island of Cyprus.
“We will never give up our rights and interests here, we will never step back, we have declared that to the entire world,” Akar noted.
His inflammatory remarks showed his typical complete disdain for international law as well as the warnings issued by the EU and the US against Turkey to refrain from provocative rhetoric and actions in the region.
”Let no one test our strength and power, let no one make wrong accounts,” the Turkish official declared in his Friday speech.
Turkey has pledged to protect what it considers its rights in the broader region, systematically violating the sovereign rights of the Republic of Cyprus, which, alone among all the nations of the world, it does not even recognize.