More Than 500 Migrants Land on Greece's Lesvos Island on Thursday 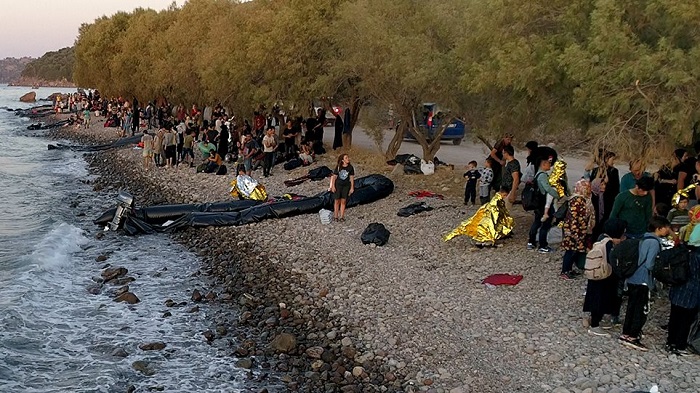 More than 500 asylum seekers landed on Greece’s Lesvos on Thursday aboard a total of thirteen boats which crossed the Aegean Sea from Turkey.
In scenes reminiscent of the 2015 migrant crisis, the asylum seekers, including women and children, arrived as one large group on the beach of Skala Sykamia, on the eastern coast of Lesvos.

According to Greek authorities, a total of 547 people, including 177 men, 124 women and 246 children, landed on the Lesvos shore yesterday.
Of these, 193 were transferred to the Moria Reception and Identification Center and the rest remained at the UNHCR camp in the nearby village of Sykamia, with the prospect of being transferred to Moria on Friday.

The new arrivals at the Moria camp, which has a capacity of only approximately 3,000 people, will bring the number living there up to 10,188.
Most of the migrants there are continuing to live in tents and makeshift structures around the actual camp itself.
On Thursday, UNICEF highlighted the unhealthy conditions prevailing at the camp, where 3,000 children are currently living. It urged Greece and European member states to do more to protect them and improve their living conditions.