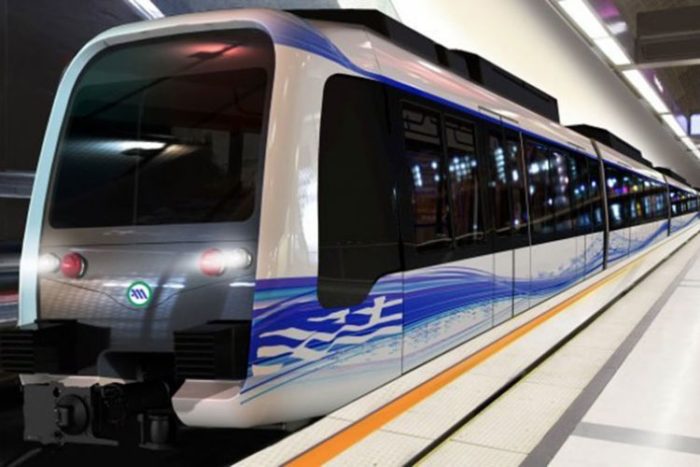 Ellaktor, the company which is responsible for the construction of the new underground railway (metro) system of the city of Thessaloniki warned recently that the scheduled start of the metro’s operation in 2020 might not happen.
In a letter sent to the operator of the railway ”Attiko Metro” in August 9, 2019, which was made public on Tuesday evening, Ellaktor warned that not only is 2020 not a realistic target date for the initiation of Thessaloniki metro’s operation, but any prediction of the time when the metro will be ready is impossible.
The cautionary letter mentions a series of problems at several stops, including those of ”Venizelos” and ”Hagia Sophia,” where a series of ancient ruins were discovered during the excavation for the railway’s construction.
According to initial plans, the ”Venizelos” stop would remain closed even if the metro began its operation, as some the ancient artifacts discovered there would have to be transferred and others would have to be exhibited in a proper manner in the underground.
Both these vital tasks will require additional time in order to be completed.
The ”Hagia Sophia” stop needs to be re-designed, according to the construction company, as new antiquities were discovered a few years ago.
Thessaloniki’s metro has become the butt of jokes among Greeks since the early 2000s.
The initial idea of its construction was announced in the 1980s, but consecutive governments have repeatedly failed to deliver the massive project on time, turning this vital transport project for Greece’s second largest city into a farce.
The previous government of Alexis Tsipras had pledged that the main line of the new underground railway would be ready by mid-2020, but considering the new developments, this doesn’t look like a realistic prospect at this time.
The main line of Thessaloniki’s metro has a predicted cost of approximately 1.1 billion euros, and is being financed by both Greek and EU funds.