Five Ways Greece Will Benefit from the Lifting of Capital Controls 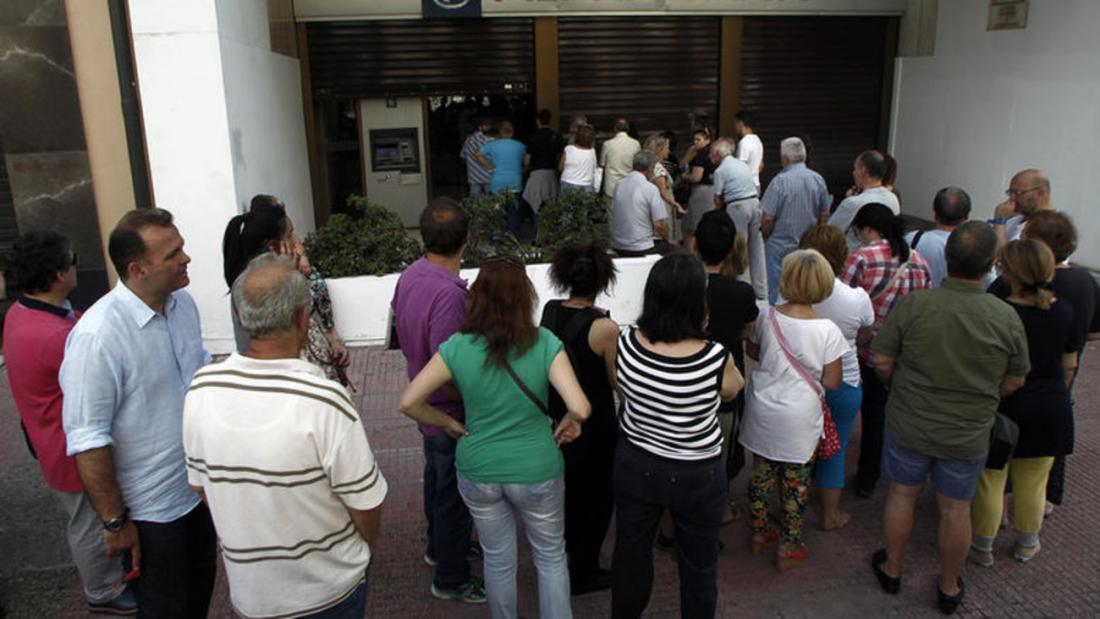 Greek businessmen and citizens across the country hailed the government’s decision this week to lift capital controls and return to fiscal normalcy, after fifty months of strict monetary oversight of the economy.
The Greek economy is now free to return to a path of growth after almost ten years of austerity, sacrifices, bankruptcies, brain drain — and even the suicide of some of its citizens, who had lost hope in the worst days of the economic crisis.
It was June 28, 2015 when Greece’s first leftist government imposed strict capital controls and put a stop to the normal flow of business, especially for businesses and companies involved in imports and exports, and small businesses which operated mostly on a cash basis.
Capital controls severely damaged the Greek economy, stopping investors from even thinking of investing in Greece. The real cost to the country amounted in the billions, added to Greece’s already huge sovereign debt.
The picture of people waiting for hours in long lines just to get €60 maximum per day from an ATM was worth more than a thousand words about the state of Greek society at the time.
The benefits that follow the lifting of capital controls
As of September first, when the bill on the lifting of capital controls goes into effect, Greece turns the page, moving into a new era of economic optimism. The country has much to gain from this particular bill which ensures the free flow of capital.
Greeks can now begin to bring back money that they had deposited in foreign banks in fear of a Grexit, or general bankruptcy. That fear is gone, at least in the short term, and now they can have the funds at their disposal. The more they can bring back, the stronger Greek banks can become — and the more likely they are to give loans to get the economy going again.
A return to regularity is the second benefit to the lifting of the controls. It may be an exaggeration for some, but in the era of capital controls simple things either could not be done or it was simply not clear if they could be done. This included buying items online, paying with a credit or debit card abroad to purchase products or services, and a series of other things, which can now be done easily.
Perhaps most importantly, Greece will now attract real investment. In the last several years, no serious investor would come to Greece without having second thoughts. The imposition of capital controls in a developed, Western country is almost an oxymoron in itself.
Additionally, credit rating agencies will now be able to turn on the green light for upgrading Greece’s rating in the near future. Everyone knew that a country with capital restrictions could not be given an investment grade. Now that factor is off the table.
The fifth benefit has to do with timing. Greek Prime Minister Kyriakos Mitsotakis is about to visit Berlin to meet with German Chancellor Angela Merkel. Germany is Greece’s biggest lender and the key player in the bailout program.
This time, the Greek PM will present the new face of Greece, one which looks ahead to the future, toward better days for the country and for its relations with the EU as well.
Greek exporters hail the new bill
The Panhellenic Exporters Association warmly welcomed the lifting of capital controls. The measure imposed in 2015 created enormous problems in the trading of Greek companies abroad which, in effect, halted the dynamics of all Greek exports.
The Exporters’ Association issued a statement following the vote in Parliament that abolished capital controls, which said: “We believe that the return to the free movement of capital will give new impetus to the efforts made by Greek exporters to expand their footprint in international markets while helping to restore foreign markets’ confidence in Greece’s prospects.
“In addition, it is expected to contribute to the inflow of new capital into the domestic banking system and to boost the Greek economy, ” the statement added.
“The complete abolition of capital controls has been a steady demand of the Panhellenic Exporters Association, and we can only welcome this positive development… The lifting of capital controls will lead us to a new era for Greek exports and help the realization of new investments,” it concluded.