The Dark Side of Mykonos: Tourism Employees Complain of Horrid Conditions 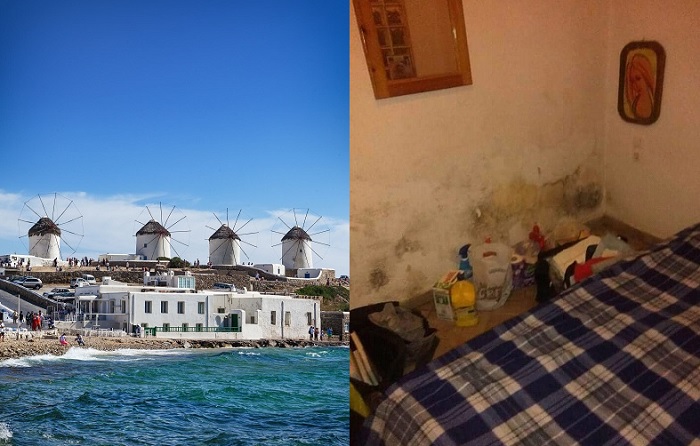 The Greek island of Mykonos is famous for its great nightlife and the luxurious lifestyles of its summer denizens. Celebrities from all over the world visit the idyllic island, which also offers amazing beaches, beautiful scenery, picturesque villages and delicious Greek food.
However, the reality is much different for the hundreds of young workers from all across Greece who work at Mykonos’ nightclubs, beach bars, hotels and restaurants — where the  average intake for just one night can be millions of euros.
Giorgos Hotzoglou, the president of the National Federation of Workers in Tourism, told the Greek Reporter that “unfortunately, tourism business owners on Mykonos do not have a great deal of respect for their employees.”
“A typical example is one complaint that has been filed this year by an employee who got bedbugs after being made to sleep in the attic of the hotel that he was working at,” he explained.


Hotzoglou pointed out that his federation has no representation on the island, since every time they try to establish an office on Mykonos, employers would threaten or even fire employees who considered joining the union.
“Labor conditions are horrid. Staff are expected to work 12–13 hours per day even though the sector’s collective labor contract agreement has been mandated as obligatory by the state,” Hotzoglou declared.
The labor leader explained to the Greek Reporter that the federation has been informed of several extreme situations. For example, a female worker who was employed by a Mykonos hotel where one room goes for 1,200 euros per night was forced to sleep on the floor of the hotel’s gym. 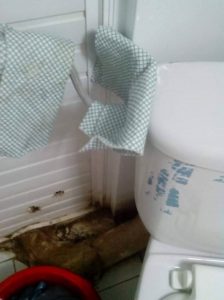 Every morning, customers who came to the gym to work out would see her sleeping on her mattress, placed there on the hard floor.
In another case, the administration had placed cots in the basement of their hotel for their employees.
Recent reports have also said that some beach bar owners on Mykonos are forcing their staff to wait on customers barefoot in the torturous hot sand as a “matter of concept.” 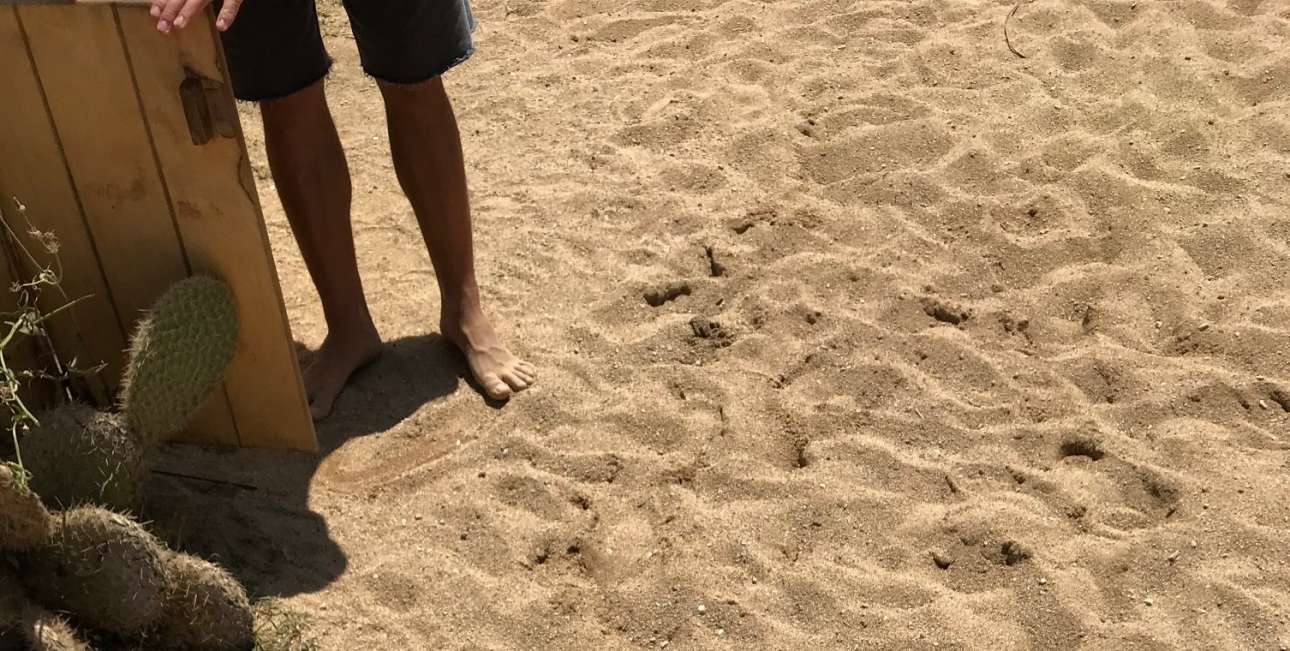 Waiter standing on the burning summer sands of Mykonos
Waiters have even suffered painful burns and blisters on their feet from the sand, but they try to endure it because of their absolute need to work. 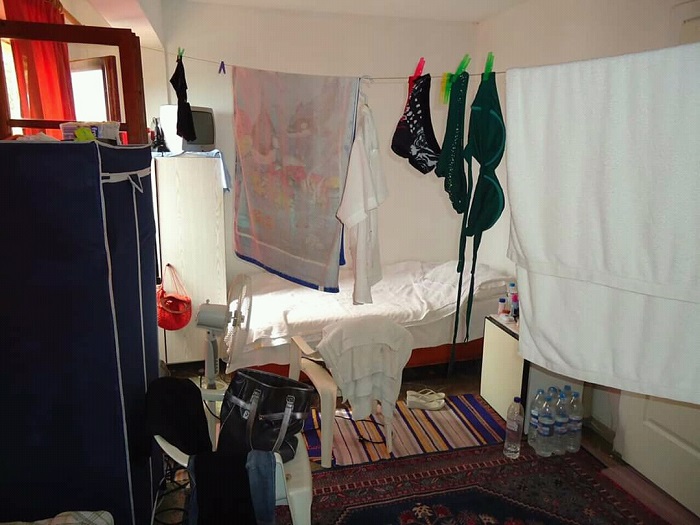 Hotzoglou added that “the only thing that employers seem to be interested in is making money. They don’t care if the staff works seven days a week, if they don’t get a day off for the four to five months that they are working there, or what their living accommodations are like.”
In the last few years, there were media reports describing favelas that consist of transport containers that had been set up by employers as living accommodations for their staff outside the town of Mykonos.
Hotzoglou told the Greek Reporter “We have been informed that most of the favelas have been removed, as large fines were imposed. We will know if employees are still living there, and under what conditions, during our visits to the island for inspections within the summer period.”
Meanwhile, the President of the Mykonos Catering and Entertainment Association, Giannis Theocharis, told Greek Reporter that living accommodations for employees on the island of Mykonos is a difficult issue because many rooms that were used for this purpose have been renovated and are being rented out to visitors.
Theocharis who also owns a hotel, restaurant and bar, considers reports regarding favelas an exaggeration and complaints that have been made public as isolated incidents.
He told Greek Reporter that “most entrepreneurs have created their own dignified, and in some cases high standard, living accommodations for their employees. I know this”, he said, “because the association has 130 members”.
He also acknowledged that employers know that “it is important for employees to get sufficient rest so that they can be efficient on the job”.
Theocharis maintains that “the internet and especially social media provide a plethora of information on services offered by businesses and can also be used as a platform for employees to write about their employers.
This is the internet age…information travels around the world in seconds and is made available to people in more countries than ever before”.
The Mayor of Mykonos, Konstantinos Koukas, was not available for comment.