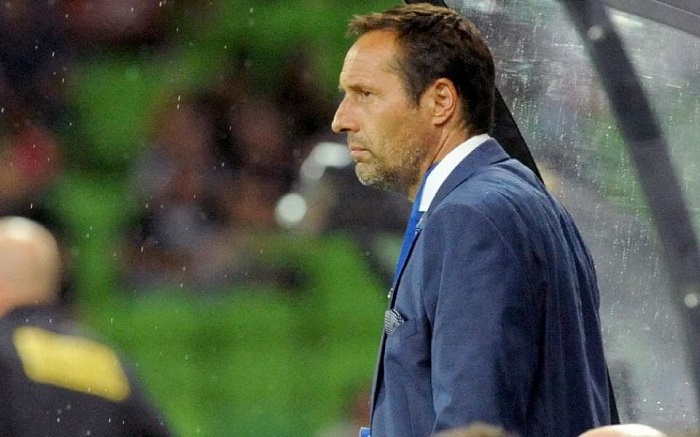 The Greek Football Federation (EPO) announced on Wednesday that former Dutch international winger John Van’t Schip will take over as the new coach of the national team.
Canadian-born Van’t Schip signed a two-and-a-half year contract for an undisclosed fee, EPO announced.
The 55-year-old former Genoa and Ajax player replaces Angelos Anastasiadis who was dumped after eight months at the helm.
Anastasiadis took over the post last October but managed only two wins in seven matches and his sacking came after the side lost two Euro 2020 qualifiers at home to Italy and Armenia as well as drawing with Bosnia-Herzegovina.
Van’t Schip played 41 times for the Dutch national team, scoring two goals from 1986 to 1995.
After completing his career as a player, he coached Dutch clubs PEC Zwolle, Ajax, Jong Ajax and Twente as well as Australia’s Melbourne City and Melbourne Heart before heading to Guadalajara in Mexico.
He was also assistant to the Netherlands national team from 2004-2008.