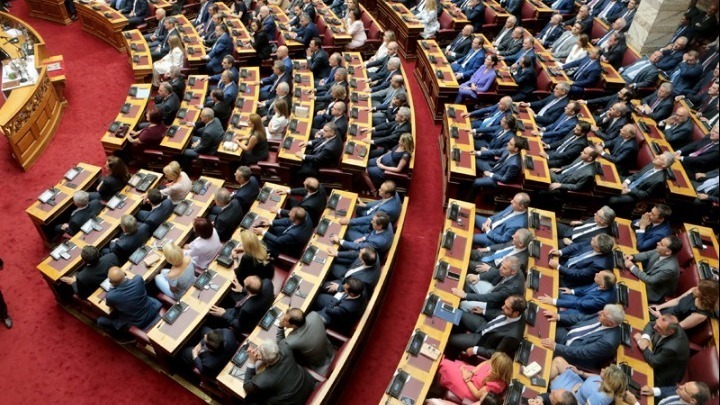 The Greek Parliament on Tuesday overwhelmingly approved the bill introduced by the new conservative government which eases the tax burden on four million Greek homeowners.
The bill, which includes an income-based reduction of the ENFIA property tax and a plan for  individuals and business owners who owe tax debt that allows for repayment in up to 120 installments was supported by both leftist SYRIZA and center-left KINAL parties.
“The tax bill that we submitted could be described as a defining feature of the new government’s identity, as it fulfills our pre-election pledges and it has a social dimension,” PM Kyriakos Mitsotakis said.
“It revitalizes the productive middle class; it revitalizes the real estate market, changing the mix of economic policies towards new investments, growth, more jobs, and the growth of the national product so that it translates to a higher income for every Greek.
“Within the next six weeks, about 4 million Greek citizens will see tax relief on their real estate,” he added.
The cuts to ENFIA, based on the total value of real estate assets, will be as follows: 30 percent for property valued up to €60,000; 27 percent for property up to €70,000; 25 percent for property up to €80,000; 20 percent for property up to €1,000,000 and 10 percent for property valued at more than €1,000,000.
Related: Property Taxes to Be Reduced For Greek Businesses and Individuals