Dave Bautista Releases First Photo From “Army of the Dead” 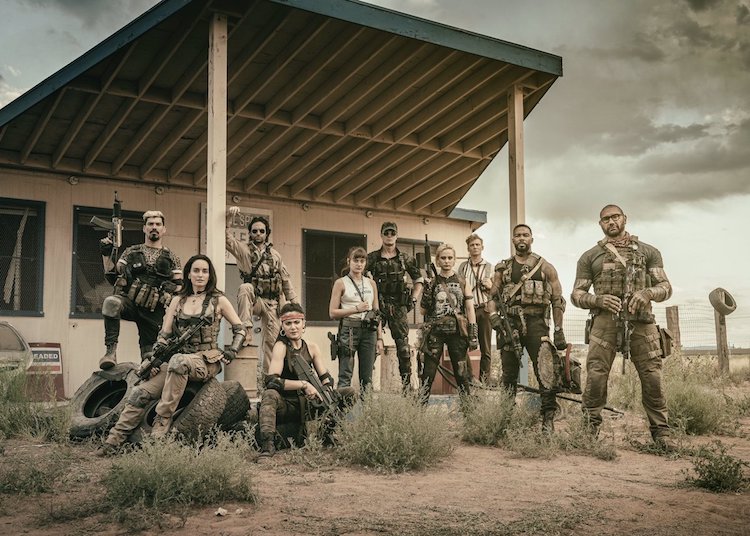 He also Tweeted out the same image with the caption, “Couldn’t make it to #SDCC2019 because we’re busy killing zombies. #AOTD #YoureWelcome #Firstlook #ZackSnyder #DreamChaser”

The script was written by Joby Harold and Shay Hatten. Originally, Warner Bros was supposed to produce the movie, but the studio never got around to making the film. Netflix swooped in and decided to continue the franchise which had started with the 2004 “Dawn of the Dead” remake.

Snyder also directed the 2004 remake before going on to direct big budget blockbusters including “300” and the DC Batman and Superman movies, such as “Man of Steel” and “Justice League”.

“Army of the Dead” takes places in a post-apocalyptic Las Vegas that has been ravaged by zombie hordes. Greek-Filipino wrestler-turned-actor Bautista is the leader of a self-proclaimed group of zombie killers that seek to survive in this zombie apocalypse.

“Army of the Dead” is currently shooting in Albuquerque, New Mexico; the release date is still unknown. Check out the still Bautista released above!