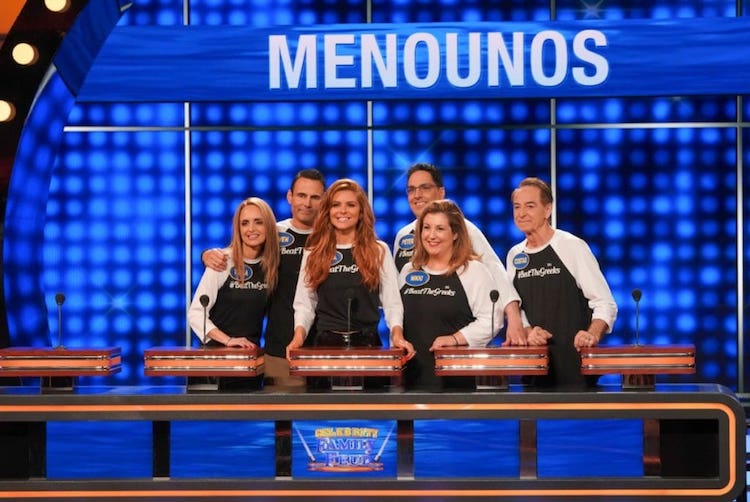 TV host and reporter Maria Menounos appeared on the Steve Harvey-hosted game show “Family Feud” on July 14 along with her whole Greek family.

Along with her husband Keven Undergaro, her father Constantinos Menounos was there for support, as were her three cousins: Toula Menounos, Peter Menounos, and Nikki Daigel.

The Menounos family appeared to be very close-knit and fun-loving on the show, and it is clear that her long-time partner and husband Keven Undergaro has been welcomed with open arms. They were playing opposite TV personality Jeannie Mai and her family.

Menounos, always proud of her heritage, had shirts made for the entire family with the logo #BeattheGreeks on the front. The family won the second and third round of the show, and ended up winning $25,000 for their charity cause, The Brain Trust at Cedars-Sinai Medical Center in Los Angeles.

Both Maria Menounos and her mother have suffered from brain tumors, so this is a cause that was near and dear to the family’s heart.