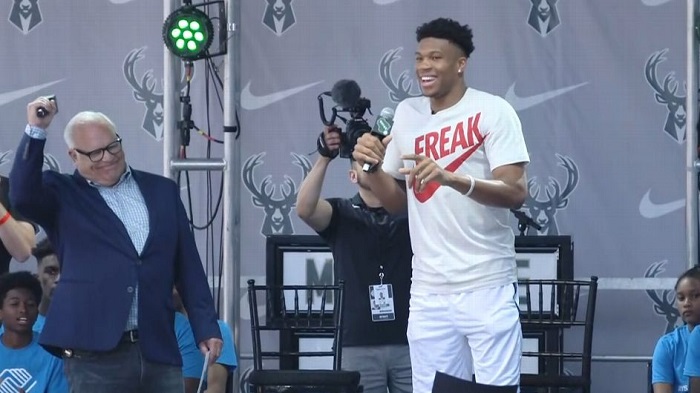 Some fans wore Antetokounmpo jerseys. Others showed up on Sunday with homemade posters and impressively intricate paintings of Antetokounmpo. The crowd broke into a spontaneous chant of “MVP, MVP” as the Greek Freak took the stage.

After Antetokounmpo climbed onto the stage at approximately 3:15 PM CT, he grabbed a microphone with the Bucks’ moniker on it and then asked the crowd for three favors.

After asking fans in attendance to show up for every game next season and to pose for a crowded selfie, Antetokounmpo then urged them not to call him the Most Valuable Player any longer.

“After this day, please don’t call me the MVP until I win it again next year,” the star asked, showing his incredible competitive drive. The crowd roared their approval at the beloved player’s remarks.