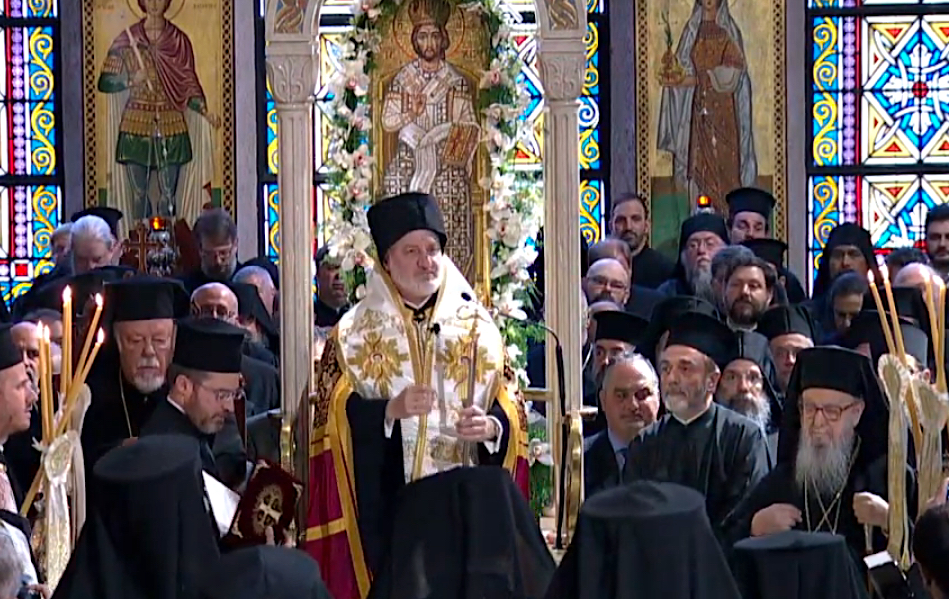 Thousands of Greek Orthodox Christians filled East 74th Street outside of the Cathedral of the Holy Trinity in New York City.

There, the Greek Orthodox Christian Archdiocese of America enthroned its seventh Archbishop, in a spiritually glorious event. 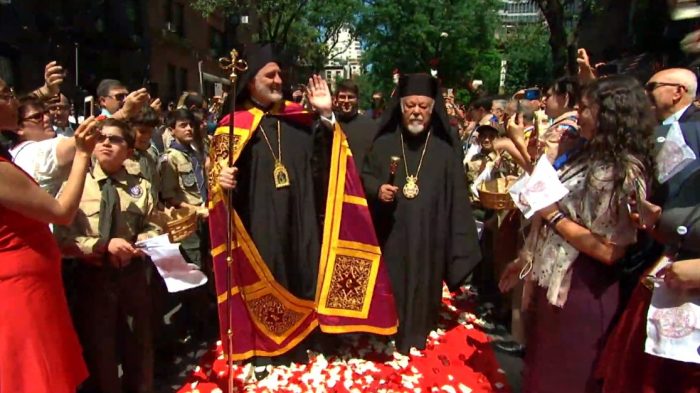 Many American officials, representatives of foreign governments and religious leaders from around the world attended the ceremony, which marked the beginning of Elpidophoros’ leadership of the Archdiocese of America.

The US Secretary of Health and Human Services Alex Azar represented the President of the United States Donald Trump in the ceremony.

Secretary Azar is an Orthodox Christian himself, belonging to the Antiochian Archdiocese. He offered welcome remarks on behalf of President Trump during the ceremony.

Archbishop Elpidophoros is now the seventh Greek Orthodox spiritual leader of the more than 1.5 million faithful of the Greek Orthodox Archdiocese, consisting of the entire nation of the US.

Archbishop Elpidophoros was born in Istanbul in 1967 and graduated from the Aristotle University of Thessaloniki in 1991. He was then admitted as a graduate student to the School of Byzantine Literature at the University of Bonn in Germany.

Elpidophoros completed his postgraduate studies in 1993.

As a Ph.D. candidate at the School of Pastoral and Social Theology of the Aristotle University of Thessaloniki, he submitted his doctoral thesis on ”The Stand of Severus of Antioch against the Synod of Chalcedon,” for which he received a Doctorate of Theology with highest distinction.