GRNews
GreekReporter.comBusinessEurostat Reports Greek Cheese, Eggs and Milk Second Most Expensive in the...

Eurostat Reports Greek Cheese, Eggs and Milk Second Most Expensive in the EU 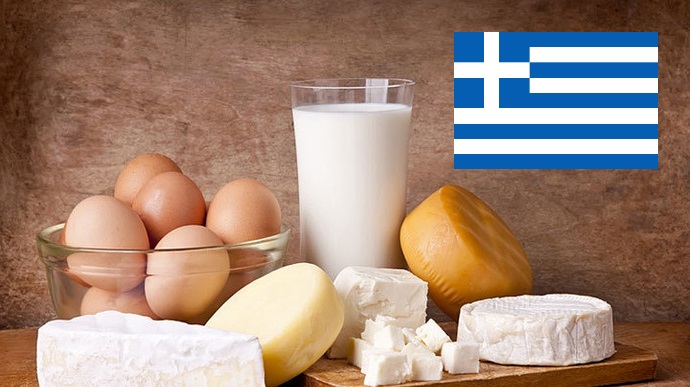 Eurostat released on Thursday its final ”Consumer Price Levels” report for the year 2018, showing that Greeks paid on average considerably more money to buy everyday essentials compared to most other Europeans.
The report said that if the average price in the EU for cheese, milk and eggs is 100 points, Greeks pay 134, coming second in the EU, only to be surpassed by Cyprus, where the same index showed them paying 136.
The cheapest EU member state for these three dietary staples was the nation of Poland, where consumers would pay 71.
Greece was also above the EU average regarding overall prices for food and non-alcoholic beverages, scoring 106 points, with the EU average being at 100.
The same trend was found in the category of breads and cereals, with Greece scoring 114.
The only categories in which Greece was below the EU average in food and consumables prices were those of meat and tobacco.
Greeks were found to pay 91 points for meat and 80 points for tobacco, with the average European price pegged again at 100 for those commodities. 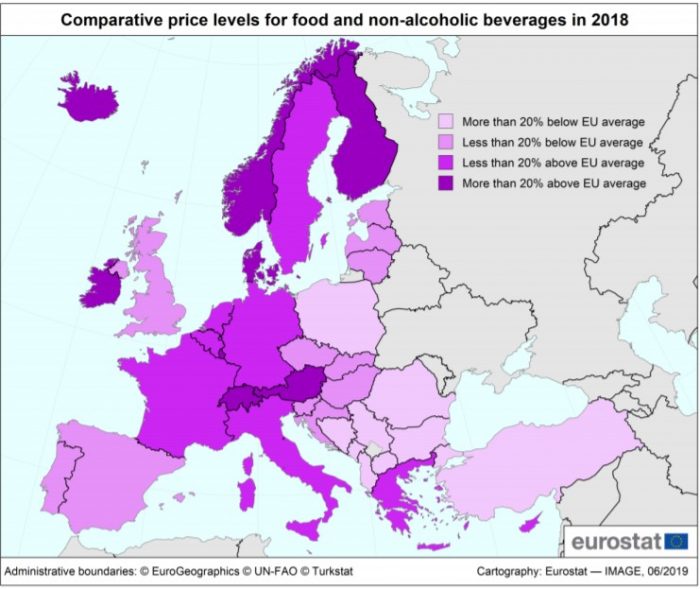