US Ambassador to Greece Calls on Turkey to Cease Provocations 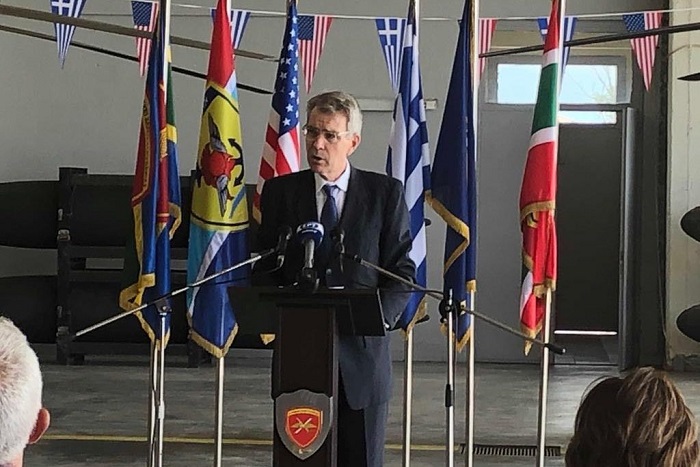 The US Ambassador to Greece, Geoffrey Pyatt, on Tuesday called for the nation of Turkey to avoid any further provocative actions around Cyprus and the eastern Mediterranean.
“The United States and the European Union share a perspective on developments in the waters off of Cyprus, and in particular, our shared interest in avoiding any further provocative actions by Turkey,” said the American diplomat during a ceremony for the delivery of 70 Kiowa and 10 Chinook helicopters to Greece.
“I spoke clearly to these issues last week in my public comments in Washington D.C., and the State Department spokesperson over the weekend reaffirmed the strong American view that now is a time for dialogue and not for further escalatory, provocative actions,” Pyatt added.
Referring to the transfer of US military hardware, the ambassador said “it is an important symbol of America’s commitment to our alliance with Greece and to deepening that defense relationship.
“I found in my discussions last week in Washington with the State Department, with the White House, with Congress, that appreciation for the importance of this relationship, this alliance, is greater than ever, and there is also a very strong commitment to continuing to invest in that relationship, to develop capacity, to develop interoperability,” Pyatt stated.