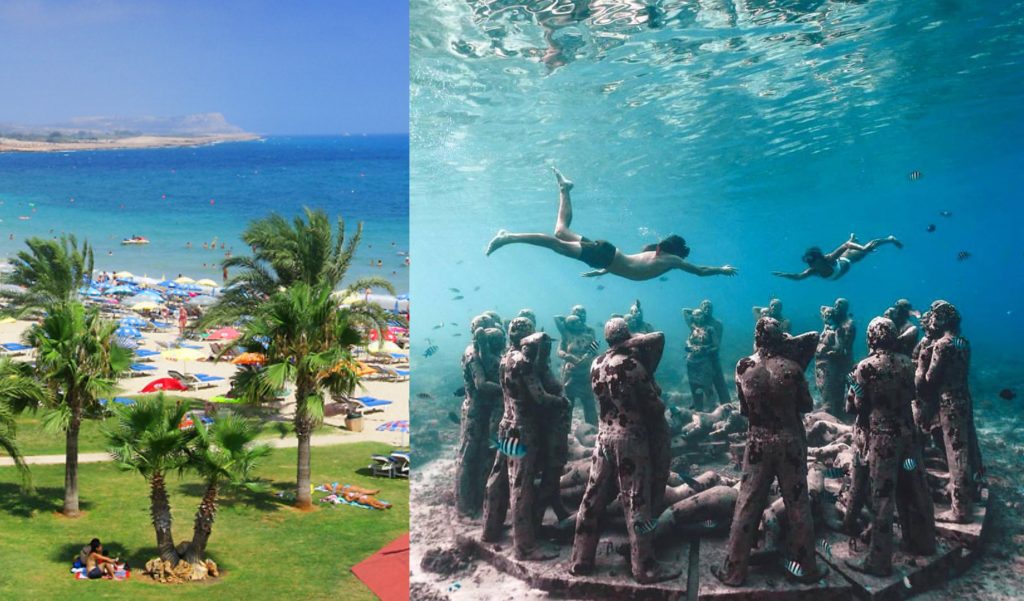 Ayia Napa, Cyprus’ most popular tourist destination, is set to have the first-ever underwater museum in the Mediterranean, soon to be created off the island’s Pernera Beach.

On Friday, June 14, the mayor of Ayia Napa, along with Cypriot authorities and well-known British artist Jason deCaires Taylor, will reveal their plan to place seventy sculptures ten meters deep in Cypriot waters off the coast of Pernera.

Jason deCaires Taylor is the creator of the world’s first underwater museum, located in Molinere Bay off the west coast of Grenada in the Caribbean Sea.

Taylor has created several additional underwater museums around the world since its creation.

The only underwater museum in Europe is located in the subtropical Canary Islands. The “Museo Atlántico Lanzarote: Biosfera, Arte y Naturaleza,” under the seas surrounding the Spanish islands, is located in the Atlantic ocean. The Ayia Napa Museum will be the first to be located in the Mediterranean Sea.

Ayia Napa is already one of the most famous and popular tourist resorts on the island, especially among the British. Its name derives from a Venetian-era monastery of the same name, located in the center of the town.