GRNews
GreekReporter.comGreek NewsCultureParents Carry 12-Year-Old on Wheelchair after Acropolis Lift is Out of Order 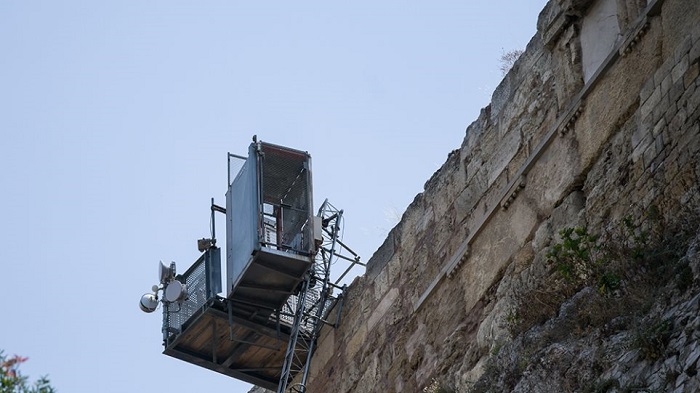 The Greek ministry of Culture apologized on Friday for problems associated with the wheelchair lift to the most famous, iconic Greek monument in the entire country, the Athens Acropolis.
The ministry explained in a statement that the lift is “old” and often breaks down. “Due to inadequate maintenance, its operation is often interrupted,” it added.
The authorities were responding to an angry letter, posted on Facebook, by a school near Thessaloniki whose pupils visited the Acropolis in late March as part of an educational tour.
The letter by the Second Primary School of Nea Redestos revealed that a pupil who uses a wheelchair had to be carried on the shoulders of his teacher in order to visit the Acropolis.
The ministry admitted that the elevator, which was installed in August 2004, shortly before the Athens Olympic Games, needs replacement it promised that a new elevator will be installed which “will meet all accessibility standards and will cover all forms of disability.”