GRNews
GreekReporter.comGreeceHotel Prices on Mykonos and Santorini Are the Highest in the Entire... 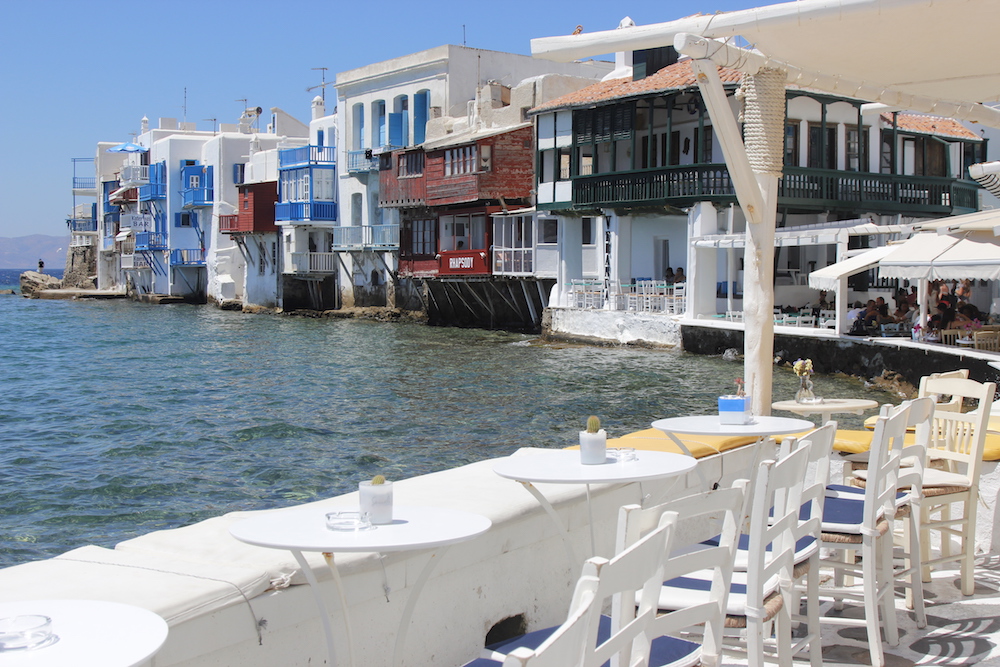 A combination of high demand and a limited number of accommodations on the Greek Cycladic islands of Mykonos and Santorini has caused the prices of hotels there to soar in comparison to other islands in the Mediterranean. This assessment is according to data published recently on the “Trivago” website for the Institute of Greek Tourism Confederation (INSETE).
Costs for hotel accommodations on the two Cycladic islands are expected to grow even further as the summer season for 2019 unfolds. At the peak of last year’s tourist season in July, the average booking cost for a twin room was 705 euros per night on Mykonos and 589 euros per night on Santorini.
According to the booking data collected in April of this year, hotel rates on Mykonos and Santorini are higher than those on their rival island destinations of Ibiza, Spain and Sardinia, Italy.
The Cycladic islands have the highest five star hotel prices in Greece, which in April, reached an average of 258 euros per night, while on the Ionian islands the reported average is 167 euros per night. On Greece’s Dodecanese islands the average cost is 124 euros per night. Four star hotel rates are also the highest in the Cyclades, hovering around 181 euros per night.
The only destination with an increase of approximately 8% in prices in all hotel categories is the island of Mykonos, at 154 euros per night, up from 143 euros per night in April of 2018.
On Santorini, there was slight rise in accommodations prices, to 190 euros from 188 euros last year, while on Ibiza the rate came to 123 euros, and on Sardinia it was an average of 114 euros.
All accommodation units on the Sporades islands of Skyros, Skiathos, Skopelos and Alonnisos have actually shown a drop in prices except for four-star hotels.
The Peloponnese region also recorded a decrease in rates across all accommodations categories, with the exception of five-star hotels.
In the areas of Eastern Macedonia and Thrace, Central Greece and Crete, there has been an increase in hotel rates across all categories except for five-star hotels.