GRNews
GreekReporter.comGreeceGiorgos or Yiannis? The Most Popular Names in Greece Revealed

Giorgos or Yiannis? The Most Popular Names in Greece Revealed 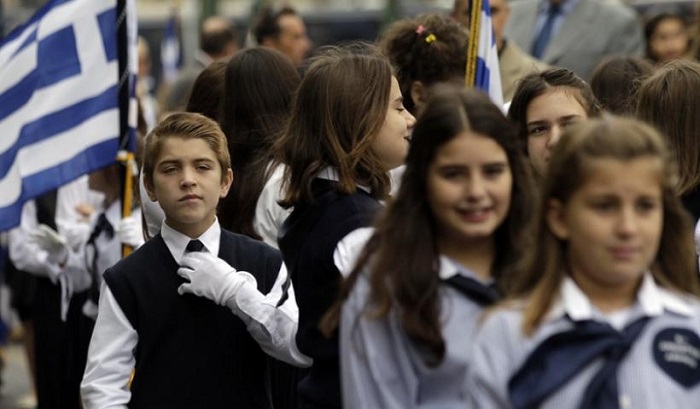 The Greek statistical authority ELSTAT announced on Tuesday the most popular names currently seen across the nation of Greece.
According to the data, the most common names are Giorgos and Maria, representing 8.8 and 8.3 percent, respectively, of the country’s male and female populations.
The second most popular name in the country for men and boys is Ioannis or Yiannis at 6.5 percent, while among women and girls it is Eleni (5.2 percent).
In third place, 6.4 percent of the country’s males are named Dimitris and 3.7 percent of its females are named Aikaterini or Katerina.
Constantinos or Costas is in fourth place among males with 6 percent, and Vassiliki or Vaso at 3.2 percent among women and girls.
Last but not least, Nikolaos and Sofia are currently in fifth place, with 5.7 and 2.3 percent respectively.

The most popular names in #Greece as a percentage (%) of the permanent population of men and women.
#ΕΛΣΤΑΤ #ELSTAT #GreekDataMatter #Απογραφή pic.twitter.com/GzlvRFZwjM