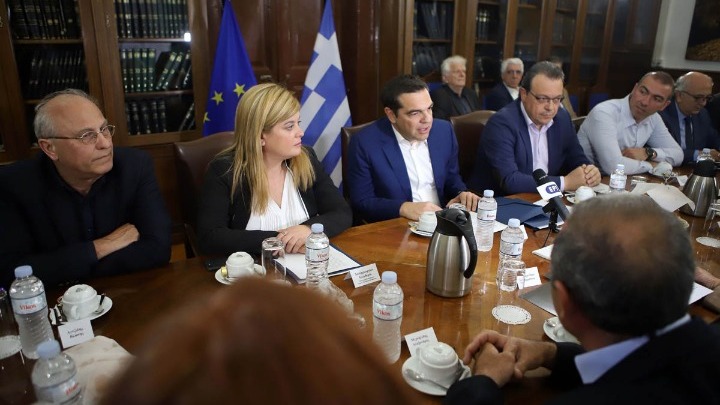 “Tomorrow is a very important day for Hellenism as a whole, not just for Pontian Hellenism. It is a day of remembrance of the Genocide – a century ago – of the Greeks of Pontus,” Prime Minister Alexis Tsipras said on Saturday.
The prime minister met with representatives of Pontic associations in his office in Thessaloniki, stressing the importance of May 19, the anniversary of the Pontic Genocide.
The representatives of the Pontian associations told Tsipras that it is the first time they meet with the prime minister, with Tsipras replying that he could not imagine that no prime minister in the past met with them.
Tsipras noted that since the 1990s – 1994 to be precise – the Greek Parliament unanimously declared, and by law, May 19 as Remembrance Day of the Genocide of Pontian Hellenism and stated that “it is our duty to honor the victims, but above all it is our duty to transform the memory and knowledge of history into a driving force for the future.”
“It is a shocking human tragedy, and today the Greek State is not asking for revenge… We are asking for justice,” Tsipras stressed.
And he continued: “We are asking for the least: To acknowledge the actual events, the historical events by all. I would dare to say that our neighbors should acknowledge (the genocide), because the knowledge of history is the best school.”