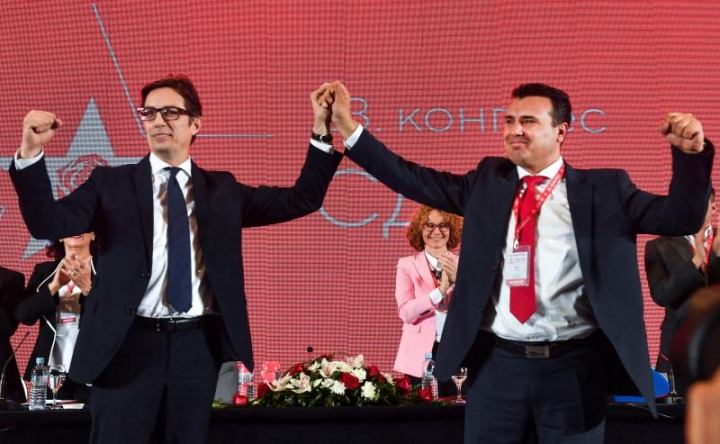 Stevo Pendarovski, the presidential candidate backed by North Macedonia’s center-left government, won the presidency Sunday in a runoff election with a conservative rival.

The State Election Commission results based on 99.5% the votes counted showed 51.7% of the votes going to Pendarovski, who is the candidate of the ruling coalition and a long-serving senior civil servant and academic.

His rival, Gordana Siljanovska-Davkova of the nationalist VMRO-DPMNE, got 44.7% of the vote.

The runoff election focused on the name change deal with Greece.

“This is a victory for all who are convinced that we have to continue forward together and I promise I’ll serve all the people equally,” Pendarovski said from the Social Democrats’ headquarters. He also thanked the people for their “wise choice.”

“Our path is paved with success. … We all will continue to move forward toward our common goal of progress and … toward NATO and the European Union,” said Prime Minister Zoran Zaev.

“North Macedonia can count on the EU’s continued support for its EU accession perspective, thus responding to the strong European aspirations of its people,” Hahn tweeted.