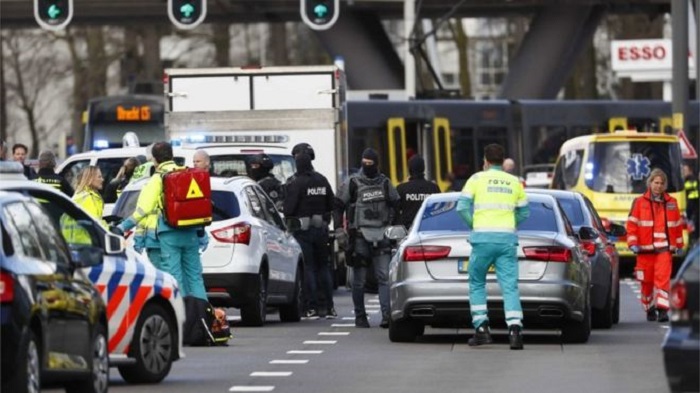 A man has opened fire in a tram in the Dutch city of Utrecht, injuring several people, police have said.

A square near a tram station in the west of the city has been cordoned off by authorities, and emergency services are at the scene.

A police spokesman reportedly said the gunman fled the scene by car.

Police say they are investigating a “possible terrorist motive”. They have asked people to stay away to enable emergency workers to get through.

The shooting took place around the 24 Oktoberplein junction at about 10:45 local time (09:45 GMT). Three helicopters have been dispatched to the scene.

Dutch Prime Minister Mark Rutte said the government has been holding crisis talks since the shooting.