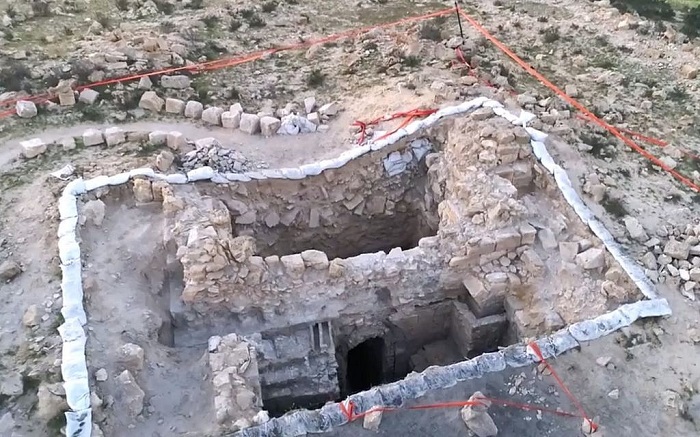 A team of German and Israeli archaeologists discovered a rare Greek inscription in February which they believe was made around the year 300 CE in the ancient city of Halutza in Israel’s Negev desert.

According to an Israel Antiquities Authority announcement which was released on Wednesday, the inscription is the Greek name of the settlement, “Elusa.”

The Times of Israel reports that Halutza was founded in the late 4th century BCE as a station along “The Incense Road”, a network of trade routes which stretched some 2,000 kilometers (1,243 miles) from the Arabian Peninsula to the Mediterranean.

The city reached its peak in the Byzantine period, during the fourth to mid-sixth centuries CE, when it was was the only city in the Negev, and became known for its fine wines.

The newly-discovered Greek-language inscription of the name of the town is currently being researched by Hebrew University’s Dr. Leah Di Segni, who will publish her findings at some point in the future, the Israeli paper reports.

The inscription was discovered near what appears to be a monumentally-large bathhouse which was in use until the sixth century. The archaeological team has so far unearthed part of the furnace system and a caldarium (hot room) for the bathhouse.

The Life of Philip Ludwell, America’s First Convert to Orthodoxy