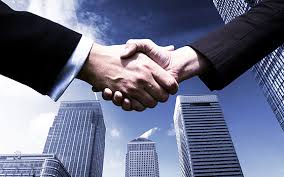 Approximately one out of three Greek employers plan to hire more staff in the coming three months, a new survey published on Wednesday suggests.
According to the findings of the survey, conducted by ”ManpowerGroup,” a company which provides data to companies and organizations, a wide variety of economic sectors in Greece present an optimistic outlook for the upcoming months.
More specifically, employers in the retail, industry, construction, energy and transport sectors are declaring their intentions to hire more staff. They believe economic activity in their respective fields will grow significantly in the near future.
According to the same survey, the “Total Employment Prospects” index, which basically calculates the hiring prospects within an economy, recorded an 11-year high, showing an increase of twenty-one percent compared to the previous survey, conducted in 2018.
Thirty-one percent of employers who responded to the survey declared that they intend to hire more staff over the next three months. Sixty-three percent said that their workforce will remain the same, and only four percent said that they fear they will have to reduce the number of people they employ.
If the findings of the survey turn out to be correct, unemployment in Greece will see a further reduction, which is absolutely vital for the country’s continuing path to economic recovery.