Cyprus as seen from space shows the incredible difference a few months’ time can make on the landscape of the earth — especially after a Winter like this one, where there has been so much precipitation, both rain and snow.
The first image, captured by German astronaut Alexander Gers last October, depicts the island of Cyprus as almost completely brown and bare. Browns and tans are definitely the dominant hues as Summer gives way to Autumn. 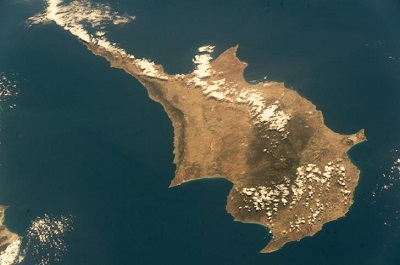 The second image, taken by Russian cosmonaut Oleg Kotov on Monday, shows the island almost totally covered in lush green. Winter rains and snows have completely transformed the landscape on the Island of Aphrodite.

#PhotoOfTheDay: #Cyprus is the third largest island in the Mediterranean Sea after Sicily and Sardinia. It has a land area of 9 251 square kilometers.

It was on this day, February 26, one year ago that the first case of coronavirus was confirmed and officially announced in Greece.
Art