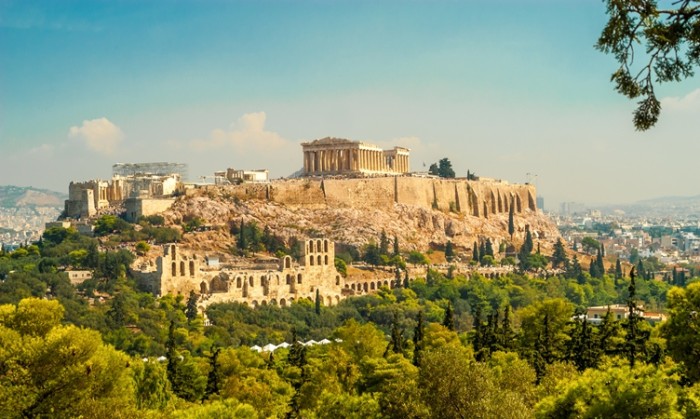 Greece’s Ministry of Environment and Energy issued a statement on Monday morning in which it announced the implementation of a height limit of 17.5 meters (57.4 feet) for buildings constructed around the holy rock of the Acropolis.
The new announcement comes just a few days after two new buildings under construction near the Acropolis caused widespread public outrage because their height had already blocked some views of the ancient Greek monument.
The Ministry of Environment and Energy, which is responsible for the city’s urban planning and for granting construction permits, decided that it will temporarily stop issuing new permits for building construction in the areas surrounding the Acropolis as well.
Building construction in the city of Athens already requires, among many other things, a special permit by the Greek Central Archaeological Council (KAS).
The construction of two new hotels near the Acropolis, one of which was designed to be ten stories (104 feet) tall, caused widespread anger and outrage recently. Their design and construction are expected to be reviewed by KAS in the next several days.

One of the most prominent philhellenes of all was Dr. Samuel Gridley Howe, who wrote about the many horrors that took place during the War
Culture

Odyssey, Homer's classic was recently banned in Lawrence, Massachusetts for portraying ideas that do not conform to modern norms of behavior.
Canada

In Canada, pizza aficionados have to thank four Greek immigrants for the country’s own unique pizza, known as Regina Pizza.