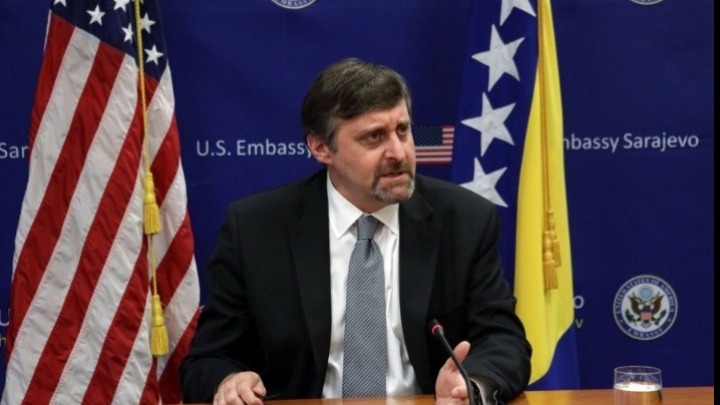 US Deputy Assistant Secretary of State Matthew Palmer sent a strong message to foreign investors, saying that, after the ratification of the Prespa Agreement, Greece has become the most attractive investment destination in the western Balkans.
At a Wednesday press conference in the context of his visit to Athens, Palmer, who is responsible for European and Eurasian Affairs, also said the implementation of the Agreement is key to North Macedonia’s European course.
Palmer also termed the Prespa Agreement a significant diplomatic achievement.
Responding to an Athens-Macedonian News Agency question on the importance of the Prespa Agreement in attracting investments, he stated he believes that it will attract foreign investors and will create opportunities for Greek enterprises.
The US State Department official said this is especially true for those businesses operating in northern Greece, and in particular Thessaloniki, which is the gateway to the western Balkans.
“For a foreign investor with a lot of money who seeks a place to invest his money and wants to take advantage of the Balkan market, the most attractive site will be Thessaloniki,” he said. Palmer also referred to the northern Greek city as “the capital of the Balkans.”
He also urged all sides interested in the current events happening in Cyprus’s Exclusive Economic Zone to practice restraint. He reiterated Washington’s support for United Nations-backed efforts to find a solution on the island within the framework of a bizonal, bicommunal federation.
Palmer said on Wednesday that the US hopes the development of the island’s natural resources will provide incentives for a solution.