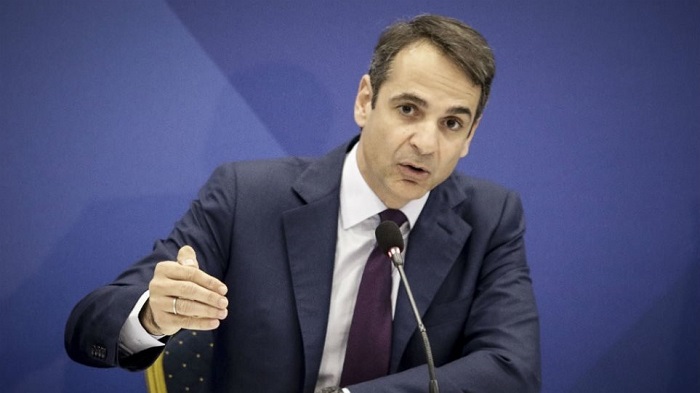 Greece’s opposition leader Kyriakos Mitsotakis promised sweeping changes to his nation’s economy during an exclusive interview with CNBC on Tuesday.
Speaking before the upcoming Greek general elections later this year, Mitsotakis, the leader of New Democracy, vowed to restore market credibility during his first year in office.
He told CNBC interviewers that he wants to bring down taxes for domestic and international businesses in what he described as an “aggressive and comprehensive tax reform.”
“This is something we can deliver within the first month (in office),” Mitsotakis declared.
His proposals include a plan to bring down the corporate tax rate in Greece to 20 percent in two years. However, the current government is also trying to make Greece more attractive to businesses by gradually lowering the corporate tax rate from 29 percent in 2018 to 25 percent in 2022.
“We will also be sending a very clear signal to the capital markets that we mean business. I have committed myself to be able to take Greece back to investment grade within 18 months,” the opposition leader stated.
He also criticized Prime Minister Alexis Tsipras for agreeing with Greece’s creditors to a 3.5 percent yearly primary surplus until 2022. This is a “strict target,” according to the opposition leader. Mitsotakis added that he has informed his European counterparts that if Greece implements reforms, “it should be rewarded with smaller surpluses.”

Growing up Greek-American you are privy to a unique childhood, filled with some pretty strange customs (strange to those who are not Greek, anyway).
Hollywood

The 2021 Golden Globes took place on February 28 at 5 PM PST, hosted by Tina Fey and Amy Poehler, streaming from opposite coasts...
Greek News