Construction of New International Airport in Crete Set to Begin

The Greek government is expected next week to ratify a contract for the construction and operation of the new international airport in Heraklion, Crete.
The construction of new airport at Kasteli, which is expected to be completed within 60 months of the launch date, would become the biggest construction project ever on Crete and one of the largest private investments made in the country.
The cost of constructing the new facility, which will replace the present Nikos Kazantzakis Airport, will amount to 480 million euros, without counting the air navigation equipment, which falls within the jurisdiction of the Civil Aviation Authority.
Heraklion’s Nikos Kazantzakis Airport, with more than 8 million passengers, was the second busiest airport in the country in 2018 after Athens’ Eleftherios Venizelos.
The current Heraklion facility has a single runway, a small terminal building, and aging air and land side facilities, which are no longer sufficient to serve the growing air traffic in the country. 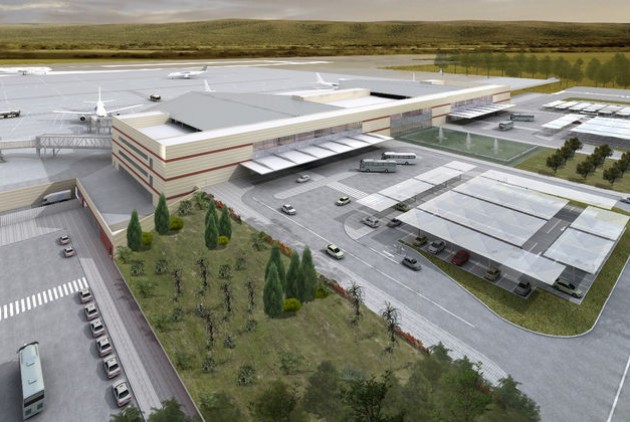 The new airport will have a dual 3.2 km (2-mile) runway which falls within acceptable international standards. An apron of 400 acres, on which approximately 30 aircraft can taxi and park, is envisaged for the new airport.
The terminal building will have 5 levels and a total area of ​​72,000 square meters (775,000 square feet), of which 13,000 square meters are intended for commercial use and 1,100 square meters are dedicated as a permanent exhibition space.
In addition to the construction of the airport, major projects which are planned for the Kastelli airport vicinity include the construction of new roads and the upgrading of existing local roads.
The projects will be undertaken by TERNA SA, which together with the Indian company GMR Airports Limited will retain 54.1 percent of the company which will be set up for the operation and management of the airport for 35 years. The Greek state will retain 45.9 percent of the ownership stake.
Government participation in the construction costs will amount to about 180 million euros.
Some residents of Heraklion have been opposed to the construction of an airport in Kasteli. They claim that the current airport can be upgraded at a much lower cost.
Others point to the fact that the Kasteli airport would be located almost 45km (28 miles) from Heraklion and this could adversely affect tourist flow to Crete’s largest city.