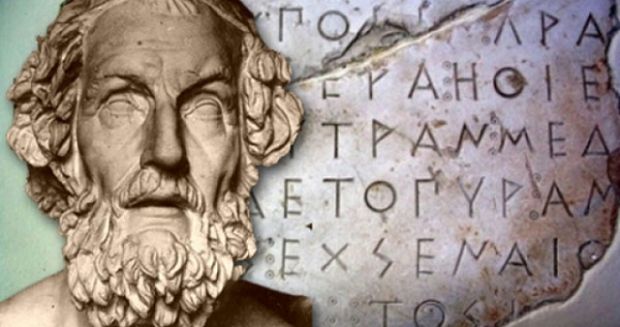 Following years of efforts and campaigning by academics, teachers and Greek people around the world, the ninth of February was officially declared International Greek Language Day in 2017.
The date of February 9 was selected because it is also the official commemoration day of the Greek national poet Dionysios Solomos, who wrote the Greek national anthem, titled ”Hymn to Liberty” (Ύμνος εις την Ελευθερίαν).
The main aim of the recent initiative was to celebrate the vital, fundamental role played by the Greek language in the shaping of Western civilization throughout the centuries.
This initiative encourages Greek people around the world — as well as anyone else who is intrigued by the Greek language and culture — to learn this most ancient and fascinating of all the Western languages.
The Greek Ministry of Education noted that ”it is important to learn and love the Greek language, because of its virtues, but mainly because it has expressed a great culture.” The Ministry goes on to say that the Greek language “shaped and codified the first … layer of vocabulary, and the basic concepts of, Western civilization.
“Over the centuries, its contribution has been decisive as a means of enhancing and spreading Greek culture, and today, it is considered as one of the world’s oldest languages” according to the ministry’s announcement.
It is well-known around the world that Greek is the foundational language of science, since an astonishing 80 percent of scientific terms have Greek roots.
Greek words are found across the world in fields such as astronomy, mathematics, philosophy, medicine, logic, politics, religion and many more areas of human endeavor.
The New Testament of the Bible, the holy book of Christianity, was first written in Koine Greek, which was a simplified Greek ”lingua franca” in the time of Jesus.
Together with ancient Latin texts and traditions from the Roman world, the study of ancient Greek writings and society constitutes classical Western learning.
The Greek language is one of the European Union’s official languages, with the Greek alphabet being the second official alphabet of the EU, following the Latin. The Greek language is currently spoken as a first language by approximately 13 to 14 million people in Greece, Cyprus and around the world.