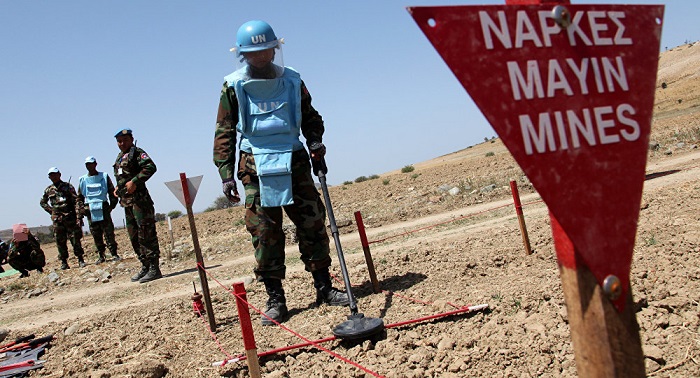 The work of the United Nations Peacekeeping Force in Cyprus (UNFICYP) has been extended for 6 months, as a result of a Security Council resolution which was unanimously adopted on Wednesday.
The move comes at a time when reunification talks between the two divided halves of the island are at an impasse, following the collapse of talks in July, 2017.
“Resolution 2453” reaffirms the UN’s position on Cyprus, in which the international body urges all sides to renew their commitment to the creation of a federal state. The motion also stresses that the current status quo on the island is unsustainable.
The latest report of the Secretary General on the UN operation in Cyprus notes that the two communities want a peace process that is “more inclusive, transparent and representative of the people.”
The document also notes that uncertainty surrounding future of settlement negotiations seems to be hampering political engagement, and this risks eroding the support for reunification in the country.
The main positive concrete development mentioned in the report is the opening of two new border crossings, which are separated by a buffer zone maintained by UNFICYP.
One of the crossings, at Deryneia/Derinya, has opened up the greater Famagusta region. This densely-populated area has a long history of grass-roots support for intercommunal contact and cooperation.
The situation alongside the ceasefire lines remains stable for now. Still, the opposing forces on either side remain heavily armed, and the tension between them, while at a low level, remains “ever-present,” the report says.