The Incredible Story of Zahir from Greece's "Masterchef" 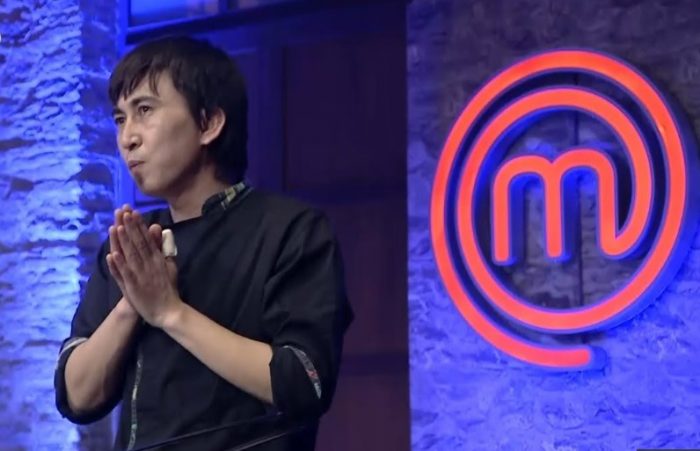 An unbelievable story of heroism and courage amazed the judges and the audience watching the second episode of the new television series “Greece‘s Masterchef”.
Zahir, a 28-year-old Afghan migrant who has been living in Greece since 2006, is competing along with a group of contestants to secure a position as one of the top-20 cooks this season.
While cooking in front of the judges, Zahir began to recount the astonishing story of his life.
Born in Afghanistan in an era of warfare and upheaval, Zahir’s parents decided to send him at the age of 11 illegally to Iran, in order to save him from the conflict that was raging in their country.


There, Zahir found work as a builder and as a laborer in different factories despite having no documentation. The police finally tracked him down — and ended up torturing him in an unspeakable manner.
”They were tying my hands with a rope and then they were cutting my arms so that I hurt even more.” he told the judges.
But Zahir does not complain about the cruelty and hardships he was forced to endure.
He somehow managed to earn the money which gave him the chance to come to Europe.

”I wanted to come to Europe to study and be able to love what I am doing” he said, adding that ”sometimes I was thinking, why am I suffering so much, I could just stay in Afghanistan and get killed”.
But he never stopped trying.
Showing inconceivable fortitude and courage, Zahir managed to get into a state-run cooking school in Athens after his arrival in Greece to learn to do what he loved most: Cooking.
He was simultaneously also working as a builder to earn some money and attending night school to learn Greek. But not only was he working full-time, plus studying full-time — during most of these years, he was living on a bench because he was homeless.
He also shared that he encountered racism while in Greece, but despite that obstacle, he never gave up. He pursued his dreams, and reaching the competition level in one of the biggest cooking shows on Earth.
Zahir states that now, what he really would like to do is see his mother again. They haven’t seen each other since the year 2000, when Zahir fled to Iran, at the beginning of his long and grueling odyssey.
An odyssey that eventually led him to compete in Greece’s most famous cooking show, which allowed him to share his incredible story with the world.
Perhaps, with a little additional good fortune, Zahir’s dream might finally come true.