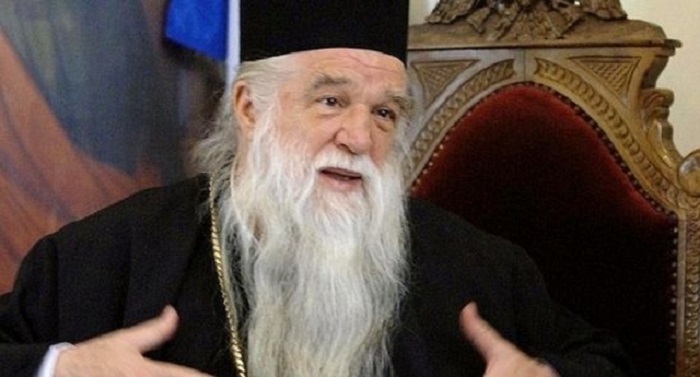 Amvrosios, the Greek-Orthodox bishop of Kalavryta, was found guilty of abuse of ecclesiastical office and incitement to hatred  by a court in Aigio on Monday.
The northern Peloponnese bishop had advised people to spit on gays in 2015, saying ”do not go near them! Do not listen to them! Do not trust them! They are the damned members of society!”
Amvrosios was sentenced to a seven-month imprisonment, with all time suspended. The court prosecutor had earlier advocated for his innocence.
During the trial, Amvrosios stated that he never said these things against homosexuals themselves. He claimed that his remarks were made against the politicians who voted in favor of the extension of civil partnerships to LGBT people, back in 2016.
Amvrosios has sparked reactions many times, as he has described homosexual people as ”monstrosities of nature,” arguing that they are ”psychologically and spiritually unwell.”
He has also spoken out publicly in favor of the Greek neo-Nazi party ”Golden Dawn.”