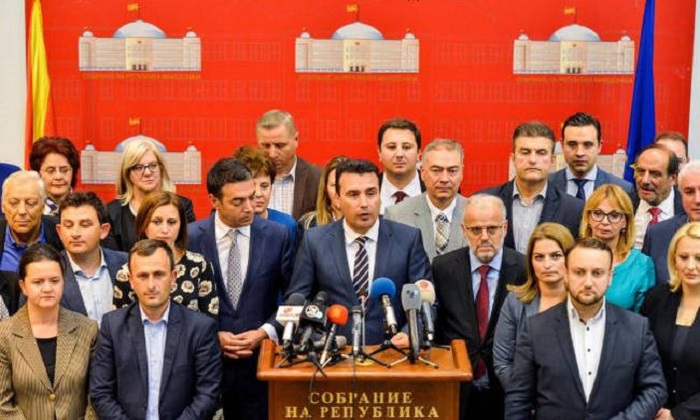 Prime Minister Zoran Zaev’s government managed to earn the support of the FYROM parliamentary majority on Friday to formally rename his country. Four amendments must be approved in order to change the name of the Former Yugoslav Republic of Macedonia (FYROM) to “North Macedonia”.
Just yesterday, Prime Minister Zaev had told reporters that he had yet to secure the support of the required two-thirds of the 120-seat parliament, or 80 lawmakers, which is needed to pass the amendments.
A spokesman from Zaev’s government was cited on Friday by the FYROM-based MIA news agency as saying that the ruling and opposition parties had concluded talks resulting in an agreement.
A parliamentary session will take place shortly, where lawmakers will officially vote on the amendments. The ruling party SDSM made the agreement earlier today in last-minute discussions with Bilal Kasami’s opposition party BESA, enabling the positive vote on the name change.