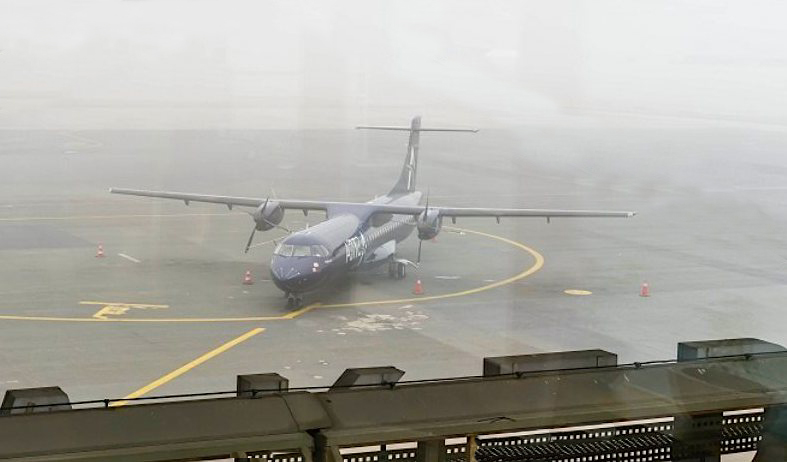 On Saturday morning, Thessalonikis’s International Airport, “Macedonia” Airport, saw falling snow and low temperatures that caused mayhem in the form of flight redirects and cancellations, leaving travelers to find alternative modes of transportation in and out of Greece, including a crippled road network.
Dozens of passengers were left stranded at the airport, with either no or incomplete information regarding their flights. According to Fraport spokesman Giannis Papazoglou who spoke with SKAI news, the biggest problem causing many flights to be canceled or redirected was “low cloudiness.”
Some 200 people found that their flight to Thessaloniki was redirected and instead landed in Timisoara, Romania.


According to comments made by Papazoglou to SKAI news, airlines are solely responsible for informing travelers and selecting redirect destinations, not the airport. He also commented that he was unaware as to why Timisoara and other alternative airports were chosen to redirect flights destined for Greece.
Hours of salt and snow removal have allowed for the airport and staff to return to normal operations, however, it is advised that passengers visit skg-airport.gr for the latest news on the airport’s status and their flight statuses.
Road Closures
Road closures in Thessaloniki as well as around the country, have caused chaos for travelers.
Just past midnight, there was a closure on Athens-Lamia, Ionian Road from Antirio to Ioannina and E65 from Domokos to Trikala due to heavy snow. The Athens-Lamia highway has since been reopened.
Closures remain in the Penteli – Nea Makri ring road from the height of the Penteli 414 military hospital in both lanes.
Also, for parts of the road network in Trikala and Serres, authorities have directed that vehicles must have chains on their tires. This also goes for the National and Provincial Road Network of Grevena, Kastoria, Florina, and Kozani.