Thessaloniki Mayor: We Should Change Name of 'Macedonia' Airport 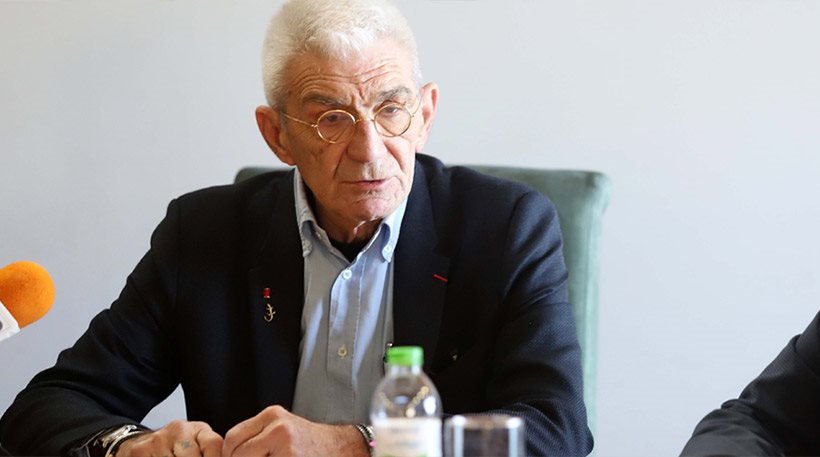 Thessaloniki Mayor Yiannis Boutaris has suggested that the city airport should no longer be called “Macedonia” because foreign visitors might confuse it with the Former Yugoslav Republic of Macedonia [FYROM]’s main airport.
Speaking at Monday’s City Council meeting, the mayor said if tourists land at an airport called “Macedonia” they might think they have landed at Skopje.
“You go to Skopje and you see Alexander the Great every 30 kilometers,” Boutaris said. “It makes your stomach turn. We must also see what to do with our affairs. Will we keep the name “Macedonia” for our airport and bus depot? The tourists land here and they think they are landing at Skopje.”
“The problem is manifold,” Boutaris continued, “and it will trouble us for years, even if there is an agreement. We have lost the battle and we have suffered continuous defeats. We even lost the Macedonian Ηalva.”
The Thessaloniki mayor said that Greeks should try to get in the shoes of FYROM citizens. He also said that Greece negotiated by presenting only its own red lines.
“It is better to get 50 percent of something than 100 percent of nothing,” he said characteristically. “We lost at The Hague; we can no longer veto NATO.”
‘Nikos Galis Airport’
The mayor’s statements were criticized strongly, especially on social media. When called by SKAI television on Tuesday to reply to the criticism, Boutaris stuck to his position insisting tourists were confused by the name of the airport.
He proposed to rename the Thessaloniki airport to “Nikos Galis“, after the Greek-American basketball legend.
“I only confirmed that we have lost,” the Thessaloniki mayor insisted. “What battle are we fighting now, so that they don’t steal Thessaloniki from us? That they will come down to get Thessaloniki? It is a shame to make a situation worse at a very critical period.”
Commenting further, Boutaris said that “the problem for Skopje is not us, it is Turkey”. The mayor elaborated that “Skopje is struggling to get the recognition from us, because they love Greece and they love Thessaloniki. They don’t have irredentist claims.”
The Thessaloniki mayor continued saying that “Skopje is in a desperate situation, because they know they have to give up their name. But Greece has also lost on the issue, as 160 countries in the world have recognized [FYROM] in the past 25 years.”
“Skopje could be a prefecture of Greece and soon will be Turkey’s. We are sending them into the arms of Turkey. We have lost too much time here,” Boutaris said.
Regarding the Thessaloniki airport name, Boutaris said: “If there was an issue of renaming the airport, I would suggest that we call it ‘Nikos Galis’.
“He is an international figure; the only basketball player to enter the American Hall of Fame. It is better [for foreign visitors] to think of Thessaloniki as the city of a basketball player, rather than confuse it with a name for which we have lost miserably.”