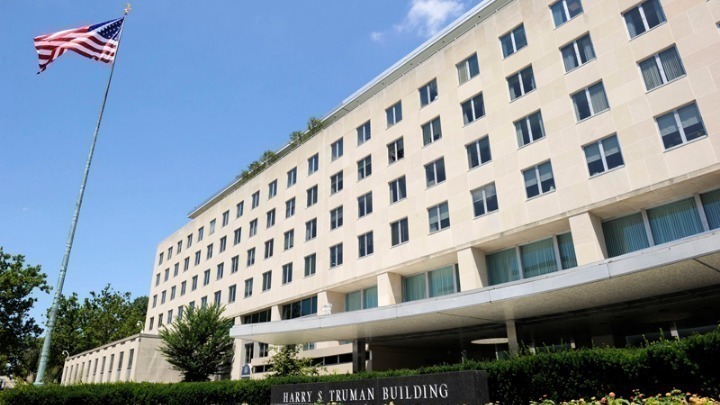 The first Greek-US Strategic Dialogue will be held in Washington on Thursday and Friday, the Greek Foreign Ministry announced in a statement released on Wednesday.

The Greek delegation will be headed by Deputy Minister of Foreign Affairs Georgios Katrougalos and will include a number of other Greek deputy ministers and officials.

“The topic of the strategic dialogue is regional policy and economy, defense and security, rule of law and fighting against terrorism, trade, investment and innovations, energy cooperation and interpersonal contacts,” the statement said.

The opening of the strategic dialogue is a particularly significant moment, a high-level State Department official said at a briefing for Greek correspondents in Washington.

The Athens-Macedonia News Agency (AMNA) quotes the official as saying that the dialogue would not be held at theoretical level but would take place on a more concrete basis.

The talks stem from contacts made between the American and Greek sides previously, including those held at the Thessaloniki International Fair, where the US was the honored country.

As for how Turkey will view the closer collaboration between the two countries, the official clarified that this collaboration is not a “zero-sum equation” and the fact that the United States is strengthening its collaboration with one NATO ally should never be taken as a sign that it is distancing itself from another.

He said that Greece is not a minor player, “it is Plan A,” and it has achieved this position on its own.

Having left behind the financial introversion of the first economic crisis years, the State Department spokesman said that Greece is now ready to “resume its proper regional role.” He added that the United States will continue supporting the nation of Greece in its economic recovery.

He added that the Prespa Agreement with FYROM also provided an example of Greek leadership, and he commended the efforts expanded on handling the migration crisis.

Greece has a key role to play in energy security, and can contribute to energy differentiation in Europe both in kind and in the source of energy. This is in hopes that Europe and NATO will not be “held hostage by unfriendly powers,” the State Department official said.

Regarding American investment in Greece, the spokesman clarified that the American government cannot intervene, as investors make decisions independently, but he asserted that Washington will highlight and promote investment opportunities in the country.

He added that the U.S. government would be particularly happy if the Greek government adopts the kind of reforms and policies it needs to, in order to make the Greek market more attractive to investors. Discussions on that topic have already taken place between representatives of the two countries during the Thessaloniki International Fair, he said.