Athens Riots Break Out on Anniversary of Teen's Death (video) 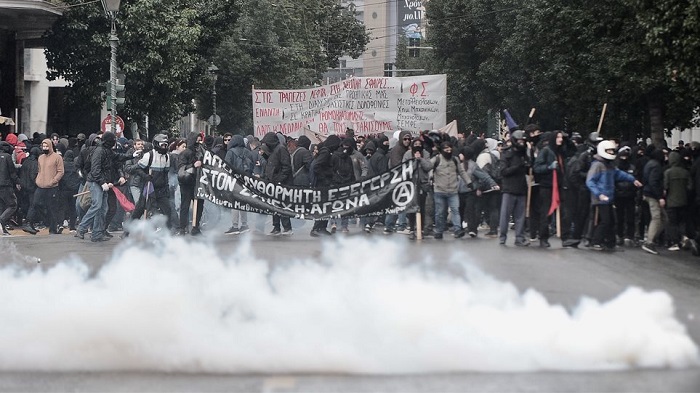 Demonstrators marked the tenth anniversary of the killing of Alexandros Grigoropoulos clashed with police in central Athens on Thursday.
Youths hurled Molotov cocktails at police officers and smashed shop windows along Stadiou Street before police responded with teargas.
Authorities deployed about 2,500 police and a helicopter to monitor the marches which were planned to commemorate the death of Alexis Grigoropoulos, a 15-year-old who died ten years ago. The teen was shot by a policeman while on a night out with friends in the Exarchia district of the capital.
Grigoropoulos died as a result of the shooting, which followed a brief altercation, on Dec. 6, 2008.
Annual marches marking the anniversary often turn violent, with clashes breaking out between police and protesters. But this year police were extra cautious, concerned that recent political unrest among students who are angry about the Prespa Agreement might join the fray.