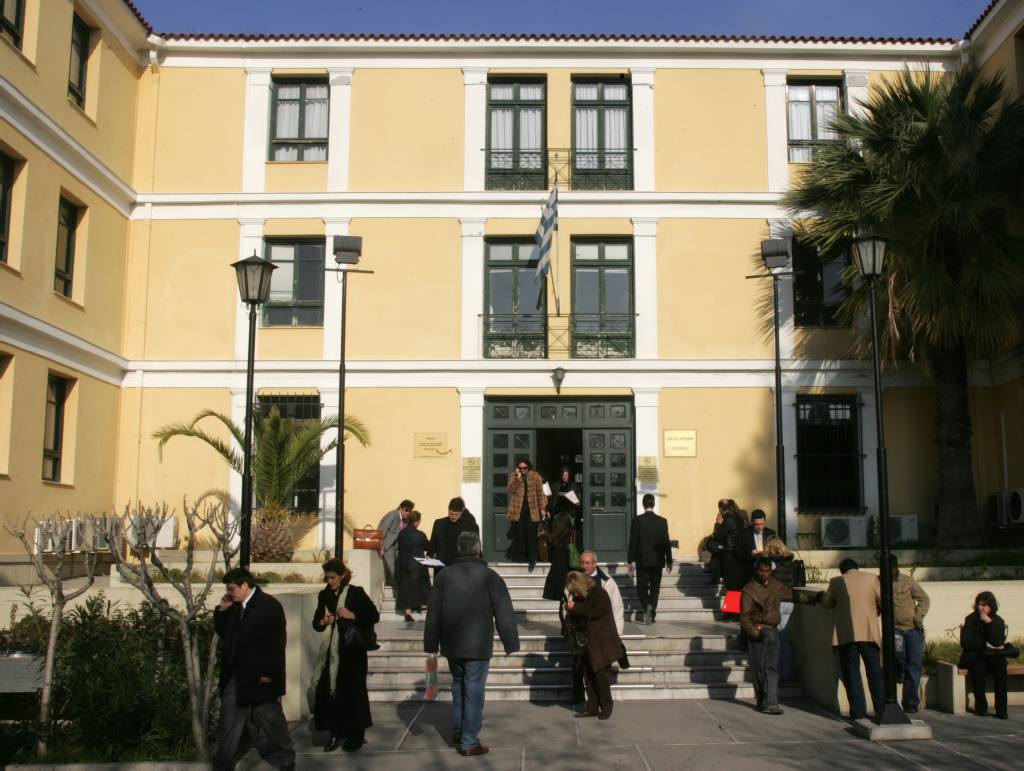 Evelpidon Street court complex: file photo
Giorgos Kalaitzidis, a leading member of the anarchist group Rubicon, received a five-month suspended sentence on Wednesday for attempted unlawful violence against hospital staff.
The sentence was handed down by a misdemeanors court in Athens. Kalaitzidis, known for his antisocial posts on social media, was tried for statements he made in a phone call to the administration of Erythros Stavros hospital.
During the call he asked for the immediate removal of a police officer guarding a man who was arrested for unlawful acts during the Polytechneio uprising anniversary on the night of November 17.
Soon after he heard the sentence, upon leaving the Evelpidon Street court complex where he was tried, Kalaitzidis wrote a post on Facebook saying that the ruling was a “farce.”
Rubicon group members have often committed unlawful acts, but were seldom arrested and had never before received jail sentences.