Pupils to be Taught the Pontic Greek Dialect 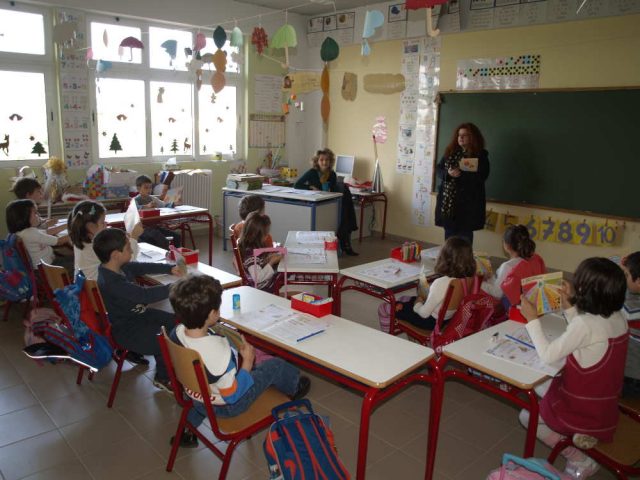 School authorities in Serres on Monday announced an initiative to teach the Pontic Greek dialect in a number of schools in Northern Greece, the Athens-Macedonian News Agency (AMNA) reports.
The proposal was announced as part of an ongoing educational program to promote Pontic Hellenism. The project was created under the auspices of the Hellenic National Committee for Unesco.
“It is a big project, which we are now trying to put into operation after three years of implementing the program,” said Ioannis Poulios, an official at the Primary Education Directorate of Serres. “It is our vision to take it one step further by trying to avoid the extinction of this dialect,” he added, in a conversation with AMNA.
“The Pontic dialect is ancient Greek,” Poulios noted, emphasizing its invaluable connection to the world of the ancient past. The project is aimed at educating a new generation of children about the rich culture of Pontic Hellenism and its contribution to Greek cultural identity.
The education official said the initiative is also backed by the Chair of Pontic Studies at the Aristotle University of Thessaloniki and Pontic education groups. However, it still must be approved by the Education Ministry.

Alexander the Great , who lived from July 356 BC to 10/11 June, 323 BC, was an intrepid conqueror and a brilliant military general.
Environment

A Greek engineer built a 4-wheeled electric bicycle, to help the environment and make Greek cities “greener and cleaner.”