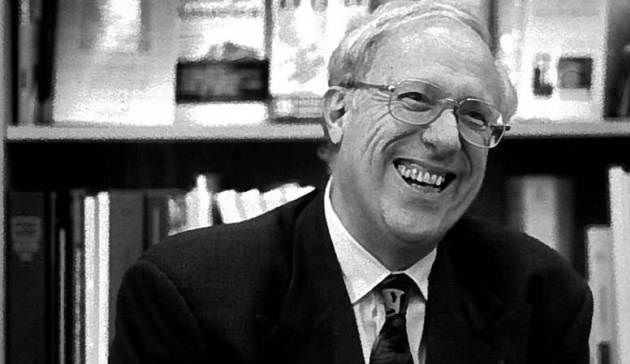 Google’s latest doodle pays tribute to Michael Dertouzos, the Greek computer scientist who anticipated how the internet would come to dominate almost every aspect of our lives.
Monday’s Google homepage image honors the late academic, who died in 2001, on what would have been his 82nd birthday.
Dertouzos was a professor of Electrical Engineering and Computer Science at the Massachusetts Institute of Technology (MIT). He was born in Athens in 1936 and studied at the University of Arkansas on a Fulbright scholarship. He earned his Ph.D. from MIT in 1964 and joined its faculty. He later served as Director of the Laboratory of Computer Science at MIT.
He worked on a wide range of innovations in RSA encryption, spreadsheets, the NuBus, the X Window System, and the Internet.
As the director of the Laboratory for Computer Science for almost 30 years, Dertouzos was a pivotal figure in the creation of the World Wide Web Consortium, the alliance of companies and groups promoting the evolution of the internet. He even recruited Timothy Berners-Lee, the primary inventor of the World Wide Web, to lead the consortium.
Later, Berners-Lee said: “If it hadn’t been for Michael there would not probably have been a World Wide Web Consortium.”
Dertouzos avidly championed the internet. predicting how important it would be in most aspects of people’s lives. In his 1997 book What Will Be: How the New World of Information Will Change Our Lives, the professor predicted that the internet would become “an information marketplace where people and their computers will buy, sell and freely exchange information and information work.”
In 1999 he launched the Oxygen project in partnership with MIT’s Artificial Intelligence Lab. The goal of this massive project was to make computers “as natural a part of our environment as the air we breathe.”