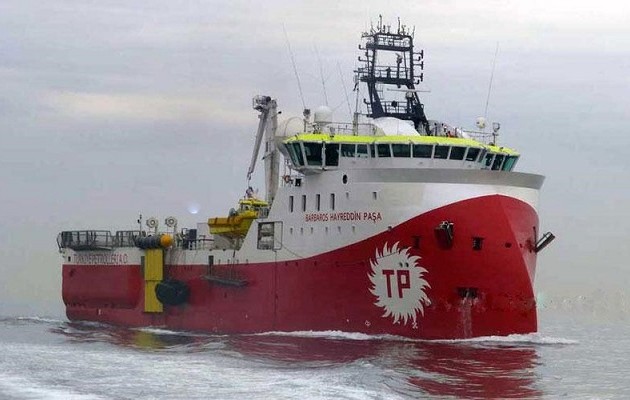 Turkey has continued its provocations in the Eastern Mediterranean, sending the “Barabaros Hayreddin Pasha” exploration ship to waters that are part of Cyprus’ exclusive economic zone (EEZ), claiming it will drill for hydrocarbons in the area.
Ankara opposes Cyprus‘ energy plans in the region, saying Nicosia is acting unilaterally and without the consent of the Turkish Cypriots in the island’s northern portion, which is occupied by Turkey. It further claims that Turkish Cypriots have the right to be part of the search and exploitation of gas and oil in the Eastern Mediterranean.
At the same time, Turkey says that it will not allow anyone to interfere with the activities of its exploration vessel in the Eastern Mediterranean.
Turkish Defense Minister Hulusi Akar told the Anadolu agency that his warships will not allow anyone to harass the Barbaros from conducting exploratory activities in a region bordering the exclusive economic zones of Greece and Cyprus.
“Our warships in the region are providing the necessary protection,” Akar said. The Barbaros is being accompanied by four warships and an oil tanker.
At the same time the Turkish Defense Ministry released several photos of Barbaros and the navy ships accompanying it in the Eastern Mediterranean. 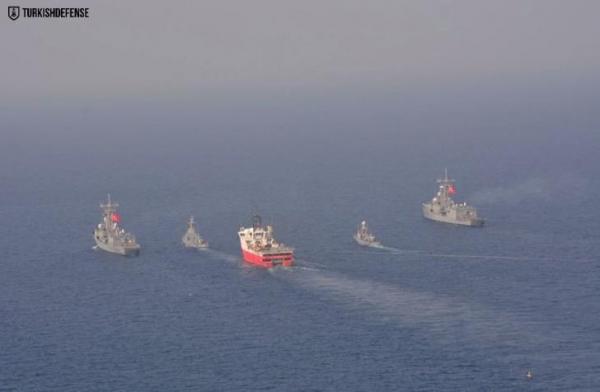