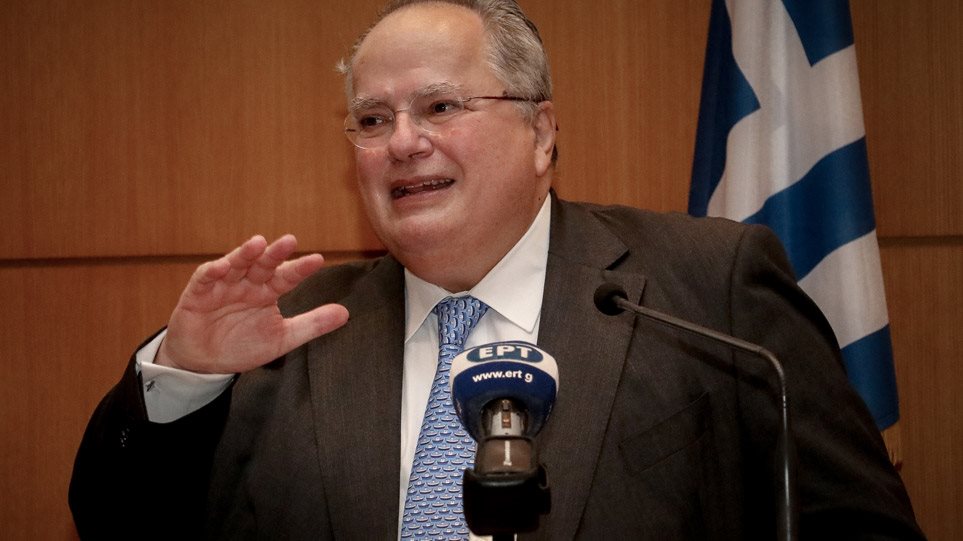 The Prespa agreement signed with the Former Yugoslav Republic of Macedonia (FYROM) will bring stability to the Balkans and curb Turkey’s influence in the region, said former foreign minister Nikos Kotzias on Monday.
These remarks were delivered in Crete as part of an event organized by the “Pratto” political movement, a group of politicians within SYRIZA which is led by Kotzias. He argued that the name deal with FYROM will benefit Greece because the country will be called “North Macedonia” from now on instead of “Macedonia,” as it is widely known internationally at the present time.
At the same time, the former minister said that Greece will have a leading role in the Balkans and deliver stability to the region, curtailing Turkey’s influence at the same time.
“Do we want our most immediate neighbor to be under the influence and control of third powers, such as Turkey? Or do we want to have stability in the Balkans, in the borders, and a growing influence of our country in the region so we can ally with them against the destabilizing forces?” Kotzias asked his audience.
“FYROM is not called FYROM internationally, but ‘Macedonia’, and if you see the newspapers after the vote on Saturday, they say the country will change its name from Macedonia to North Macedonia. We are reclaiming the name,” he argued.
During his speech, Kotzias indirectly criticized Prime Minister Alexis Tsipras for continuing to support junior coalition partner leader and Defense Minister Panos Kammenos despite the fact that the latter opposes the Prespa agreement and has threatened to leave the governing coalition. He said that SYRIZA needs to form new alliances within the Greek political world.
“The SYRIZA-ANEL coalition was a rescue government,” said Kotzias. “Now is the time that we change our program, to have a left-wing program, and for its implementation we need other democratic alliances.”