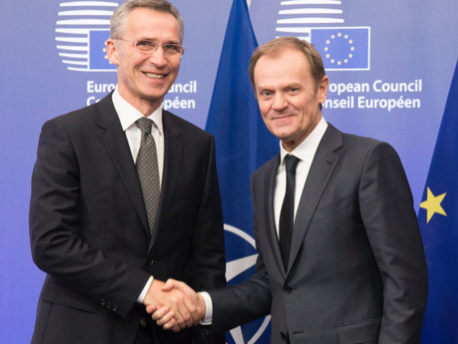 In two separate tweets, both the NATO Secretary-General Jens Stoltenberg and European Council President Donald Tusk expressed their enthusiasm of the parliamentary vote in the Former Yugoslav Republic of Macedonia (FYROM) that approves the process for renaming the country.

“With one voice, you are one big step closer to taking your rightful place in our trans-Atlantic community,” Tusk tweeted in the local language.

With the proposal approved by FYROM parliament, hopes of ending the name dispute for the country is greater than ever — meaning the country is one small step closer to granting conditions stipulated for its membership of NATO and the EU.

I welcome the vote by parliament in #Skopje on the proposed constitutional changes. It's up to the government & political leaders to complete national procedures on the name agreement & seize this historic opportunity to bring the country into #NATO.