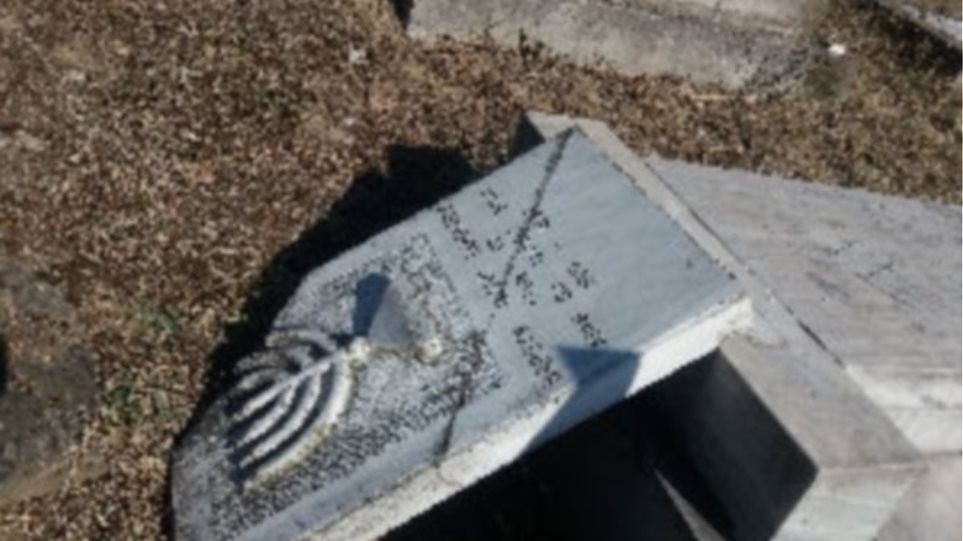 Vandals desecrated the Jewish cemetery in Trikala, central Greece destroying eight tombstones, including two that belong to the parents of the president of the Jewish Community of Trikala.
The incident took place last week but was made known after the Central Board of Jewish Communities in Greece issued the following statement:

“Followers of racism and antisemitism vandalized and destroyed eight tombs and tombstones – among which the two graves of the parents of the President of the Jewish Community of Trikala.

Following the lawsuit against persons unknown, pressed by the Jewish Community of Trikala, the Central Board of Jewish Communities in Greece calls upon law enforcement authorities to take all necessary measures for the arrest of the perpetrators and the protection of the city’s Jewish cemetery, which – apart from its sacred nature – reflects the historic course of the Jewish presence in Trikala.

We believe that the municipal authorities together with the society of Trikala will not allow the followers of hatred to harm the harmonious coexistence of all the citizens of Trikala, regardless of skin color, race or religion.”

Trikala was the scene of one of the Nazi forces’ most thorough liquidations of any large Jewish community, with only 10 people surviving the Holocaust from a community of hundreds of members.