The Center of Thessaloniki Becomes a Makeshift Migrant Camp 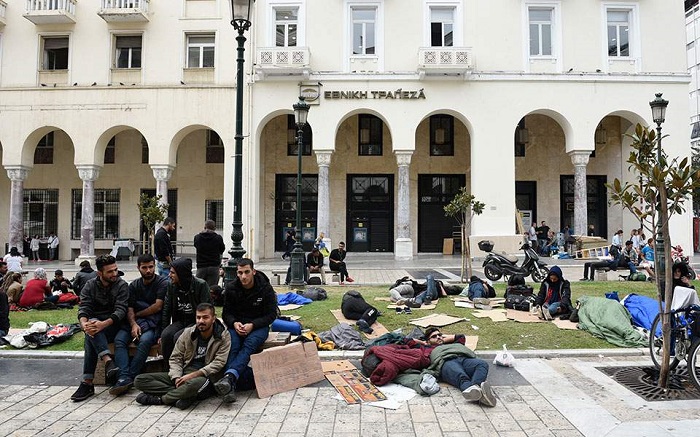 Dozens of migrants have turned Aristotelous square in the center of Thessaloniki to a makeshift camp.
Local media report that many migrants have been sleeping in the open, opposite the police headquarters near the symbolic White Tower, for the last few days. 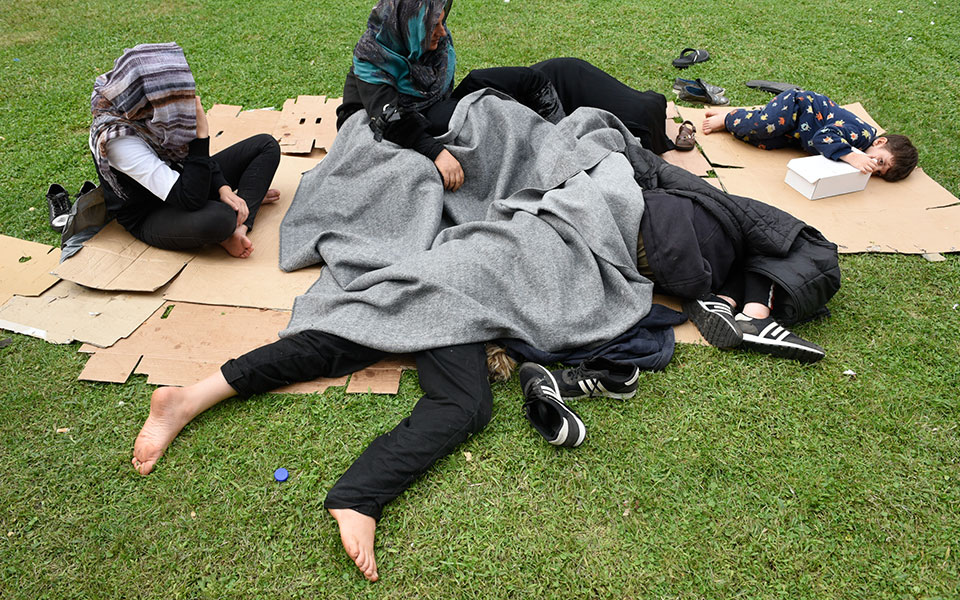 Meanwhile, Greek police arrested two people on suspicion of involvement in human trafficking and nine refugees and migrants near Thessaloniki following a car chase on Sunday morning.
The arrest came after policemen tried to stop a suspicious vehicle with 11 passengers moving on Langadas Avenue.
According to reports, the driver sped up and gunshots were exchanged. The vehicle crashed into another car and a motorcycle but nobody was reported injured.
Spike in migrant arrivals
According to data released on Friday by the U.N. Refugee Agency (UNHCR), the number of migrants and refugees entering Greece from Turkey is increasing.
By the end of September, 23,419 people had arrived in Greece, representing a 17 percent increase compared to the same period in 2017, the agency said in Athens.
Another 560 people landed on Greek islands in the Aegean Sea in the first four days of October, the migration ministry in Athens said.
Meanwhile, the number of arrivals coming in via the Evros river, which forms the border between Greece and Turkey, has doubled compared to last year.
In 2017, 5,500 migrants crossed the border river to enter Greece, whereas that number stood at around 12,000 in just the first nine months of 2018, Migration Minister Dimitris Vitsas told the Greek parliament.