Meet Greece's Best Young Farmer Who Will Compete in Brussels 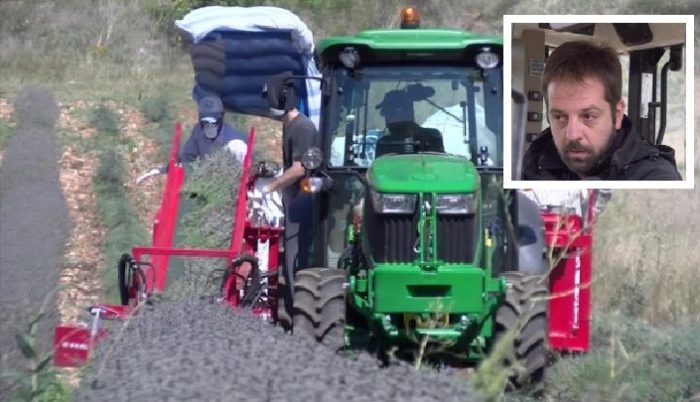 In a competition organized by the Panhellenic Union of Young Farmers in Greece’s Livadia, Larazos Semertzidis won the first place and became Greece’s best farmer of 2018.
Semertzidis is a 33-years-old farmer from Xirolimni village near the West Macedonia’s city of Kozani. He became a farmer when he was 27-years-old and since then he has managed, along with his family, to grow his business with much success.
He says that this prize serves as a platform for young men and women in Greece to consider the possibility of going back to their villages and start to cultivate the land.
Semertzidis himself acknowledges that everything is difficult when you start on your own.
With no one by his side to teach him where or how to start, he had some very difficult moments, but he didn’t hesitate. With his continuous effort, he managed to create something of importance for himself and his family.


Semertzidis cultivates aromatic plants including lavender, Greek mountain tea, and roses. His company sells his products in Greece while exporting in some other European countries as well, including Germany.
He will represent Greece in Brussels, where a European competition will be held to feature this year’s best European farmer.
Semertzidis will compete with farmers from all member states of the European Union and hopes that by showing the authentic production that Greece can offer.