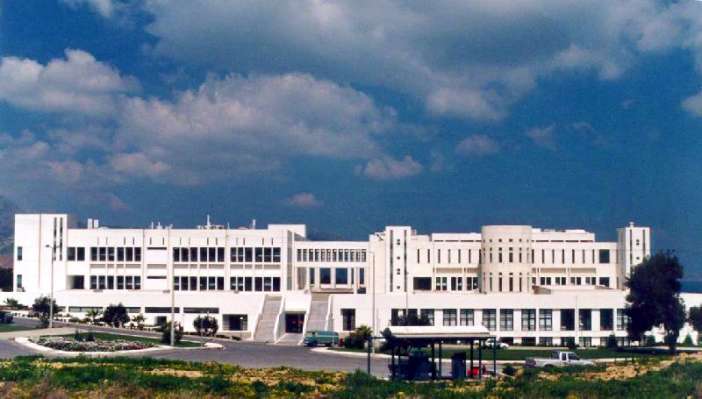 University of Crete
Eight Greek universities are ranked in the World Academic Ranking List for 2019, assessed by one of the most prestigious ranking systems, the Times Higher Education World University Rankings (THE).
Of the eight Greek institutions, the University of Crete holds first place, and this year the Democritus University of Thrace is included for the first time in the global list at 1.001+.
The University of Crete maintains the rank of 351-400, the same as in 2018, followed by the National Kapodistrian University of Athens, which holds the position of 501-600.
In third place among the Greek institutions is the University of the Aegean, ranking in 601-800 place, followed by Aristotle University of Thessaloniki, also at position of 601-800.
In 5th place, after being in third place last year, the Athens University of Economics and Business also fell in to 601-800 position. The University of Ioannina is ranked sixth (fourth last year) as it dropped in the world rankings from position 501-600 to 601-800. The University of Patras fell from position 601-800 of the international ranking to 801-1000.
In total, the ranking includes the 1,258 best academic institutions worldwide, with 86 countries represented, 25 of which have at least one university in the top 200. The evaluation results are calculated according to 13 performance indicators, mainly related to research, teaching, the influence of research, the influx of industry revenue and international appeal.
According to THE, the top ten universities in the world alternate between universities in Britain and the United States.
Two British universities hold the top positions for yet another year. It is Oxford University in first place and Cambridge University in second. The remaining of the list of the top ten universities are as follows: Stanford University (third), Massachusetts Institute of Technology (fourth), California Institute of Technology (fifth), Harvard (sixth), Princeton (seventh), Yale (eighth), London Imperial College (ninth), and University of Chicago (tenth).