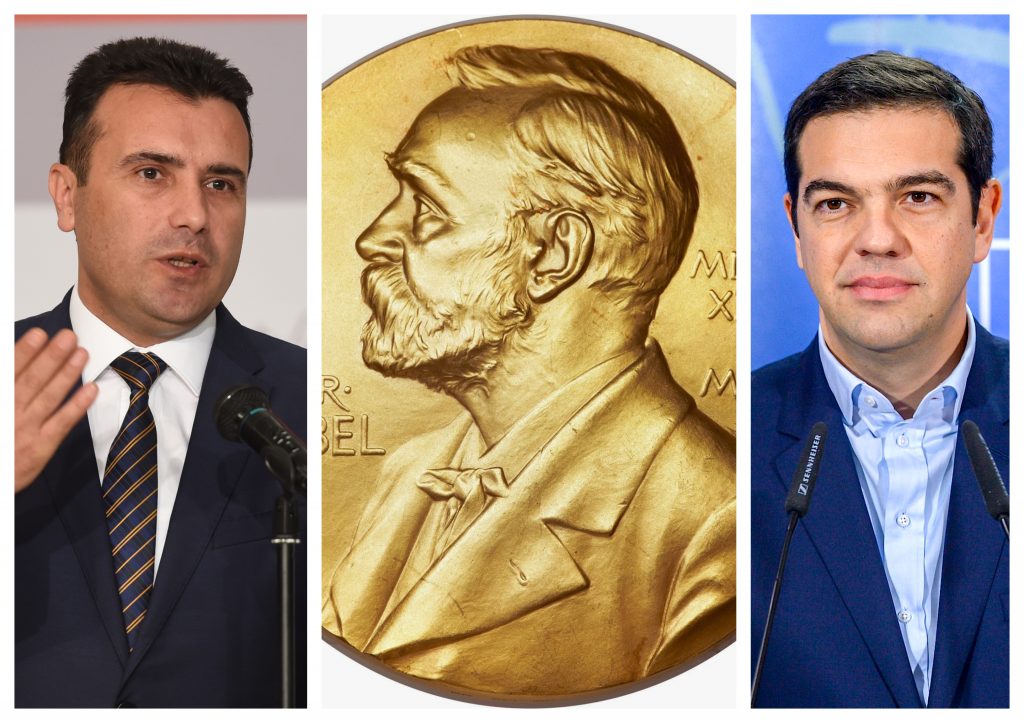 According to Wiktor Nummellin, the Swedish TT news agency’s special correspondent for Nobel Prizes, Greek Prime Minister Alexis Tsipras along with his counterpart of the Former Yugoslav Republic of Macedonia (FYROM) Zoran Zaev, are among the favorites to become nominees for this year’s Nobel Peace Prize.
The Nobel Peace Prize is one of the five Nobel Prizes created by the Swedish chemist, engineer, inventor, businessman, and philanthropist, Alfred Nobel.
Since March 1901, it has been awarded annually (with some exceptions) to those who have “done the most or the best work for fraternity between nations, for the abolition or reduction of standing armies and for the holding and promotion of peace congresses,” according to the organizing committee.
Due to its political ideology and interference though, the Nobel Peace Prize is always the subject of many controversies.
Regarding the issue of this year’s nominations, Nummellin said that it is hard to say who is nominated and who is not nominated, because that is half secret, but the two Prime Ministers have been mentioned for the Prize.
However, the referendum that took place on September 30, makes the situation more difficult, as it limits the chances for a viable solution in the name dispute between FYROM and Greece.
With information from A.M.N.A.