GRNews
GreekReporter.comGreek NewsEnvironmentWarning for Floods in Attica as Cyclone Expected to Hit 3/4 of... 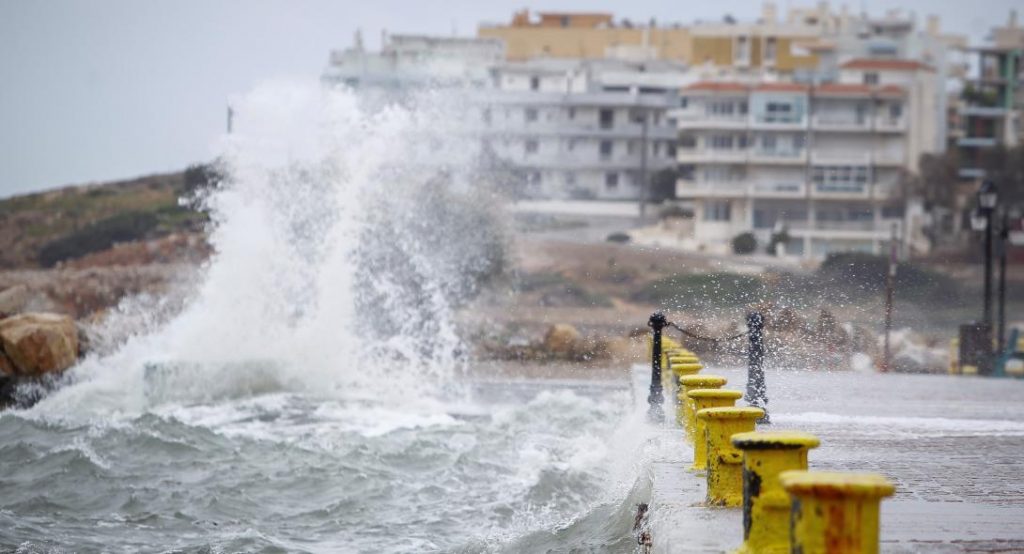 The Mediterranean Cyclone reached the Peloponnese coast on Saturday morning and hit with 12 Beaufort rage, causing a blackout in Pylos, and expected to hit three-fourths of Greece, with meteorologists warning of floods in Attica.
Despite the latest meteorological forecast of the Athens National Observatory that winds will weaken, southwest Peloponnese was hit hard, with the seaside town of Pylos suffering a power outage. The Messinian Coastline was also hit by the Cyclone on Saturday morning.
The civil protection agency has warned citizens in Peloponnese, Central Greece,  Thessaly, Cyclades and Western Crete to take all precautions throughout the weekend. Rainfall and storms will be strong at times and there is a strong possibility of floods in the above areas and Attica as well. 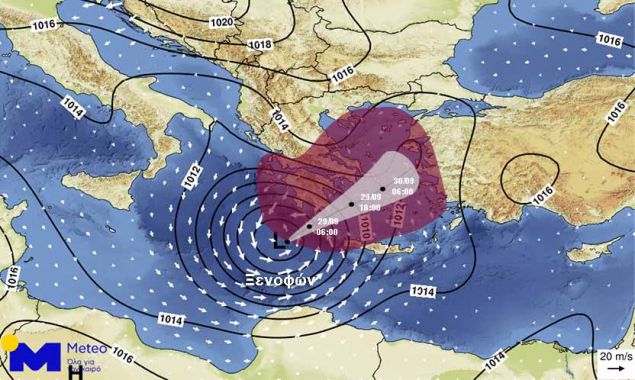 In Piraues Port, ships for the Dodecanese and Cyclades islands will remain docked as winds in the southeastern Aegean will reach 10 Beaufort. Also, winds in the Kythera Sea will be extremely strong and the area is on high alert.
The civil protection agency has issued a list of instructions to the general public on how to protect themselves from the storm, calling on them to:
– Secure any objects that might be blown away by gusts and cause damage or injury
– Ensure that building drainpipes are not blocked and in working order
– Avoid crossing streams or torrents, either driving or on foot, during storms, rain and for some time after rainfall has stopped
– Avoid working outdoors and any activities at sea or in coastal areas during the storm.
According to the forecasts, the only areas in the country that will not be affected by the Cyclone will be the North Ionian Sea, Epirus and West Macedonia.