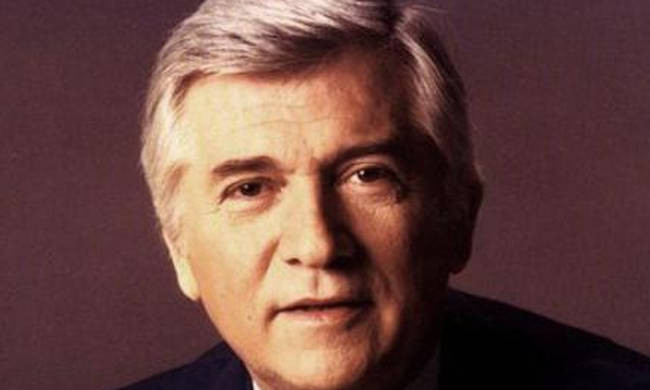 On the morning of September 26, 1989, journalist and New Democracy MP Pavlos Bakoyannis was assassinated in his office building by the November 17 terrorist organization, the act becoming the most talked-about event of the year.
At the time, Bakoyannis was head of the New Democracy parliamentary group and adviser to then president of New Democracy Konstantinos Mitsotakis, the main opposition leader. He was also the husband of Mitsotakis’ daughter, Dora, who took his last name. His murder by three November 17 gunmen in the center of Athens in broad daylight generated strong reactions and shook the political world.
Bakoyannis left behind Dora Bakoyanni, a prominent member of New Democracy since then, and children Alexia and Kostas, the latter wenty on to become Regional Governor of Central Greece today.
Pavlos Bakoyannis was born on February 10, 1935 in the village of Velotas in Evritania. He studied Political and Social Sciences at Panteion University. He continued his studies in Germany, obtaining a degree in Political Economy and Political Sciences at the Universities of Munich, Tymmingen and Konstanz (Konstanz), where he was awarded the Doctorate of Social Sciences. He taught Political Sciences and Journalism at the University of Munich, and during the mid-1960s for almost 10 years he was the director of the Greek-speaking program on the Bavarian radio.
He was director of the program when the colonels overthrew the government on April 21, 1967. He opposed the dictatorship regime and made broadcasts with comments and news broadcast by Deutsche Welle and very quickly became a reference point in the anti-dictatorial struggle.
While in Munich, he met Dora Mitsotaki, daughter of Konstantinos Mitsotakis, who studied at the Munich University. They got married in 1974, and they returned to Greece that year, when democracy was restored in the country. In Greece, Bakoyannis worked as a journalist and editor in chief. In 1985 he became political adviser to Konstantinos Mitsotakis and became a New Democracy MP.