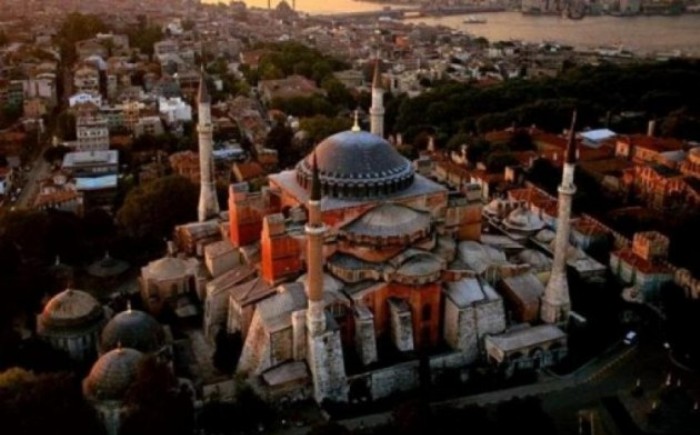 The Constitutional Court of Turkey is due to decide on Thursday whether Hagia Sophia will be turned into a place of Muslim worship after an appeal made by a private organization called “Authority for Historical Monuments and Environment”.

The Temple that was built in the 6th Century AD by the Byzantine Emperor Justinian as a Christian Cathedral, is now a Museum.

The organization had requested the Turkish government in 2004 to make arrangements to open Hagia Sophia as a mosque but did not receive a response.

Then, in 2005, they appealed to the Council of State, which rejected their request.

The organization, which campaigns to convert Hagia Sophia into a mosque since 2004, claims that the denial of the conversion is against freedom of religion.